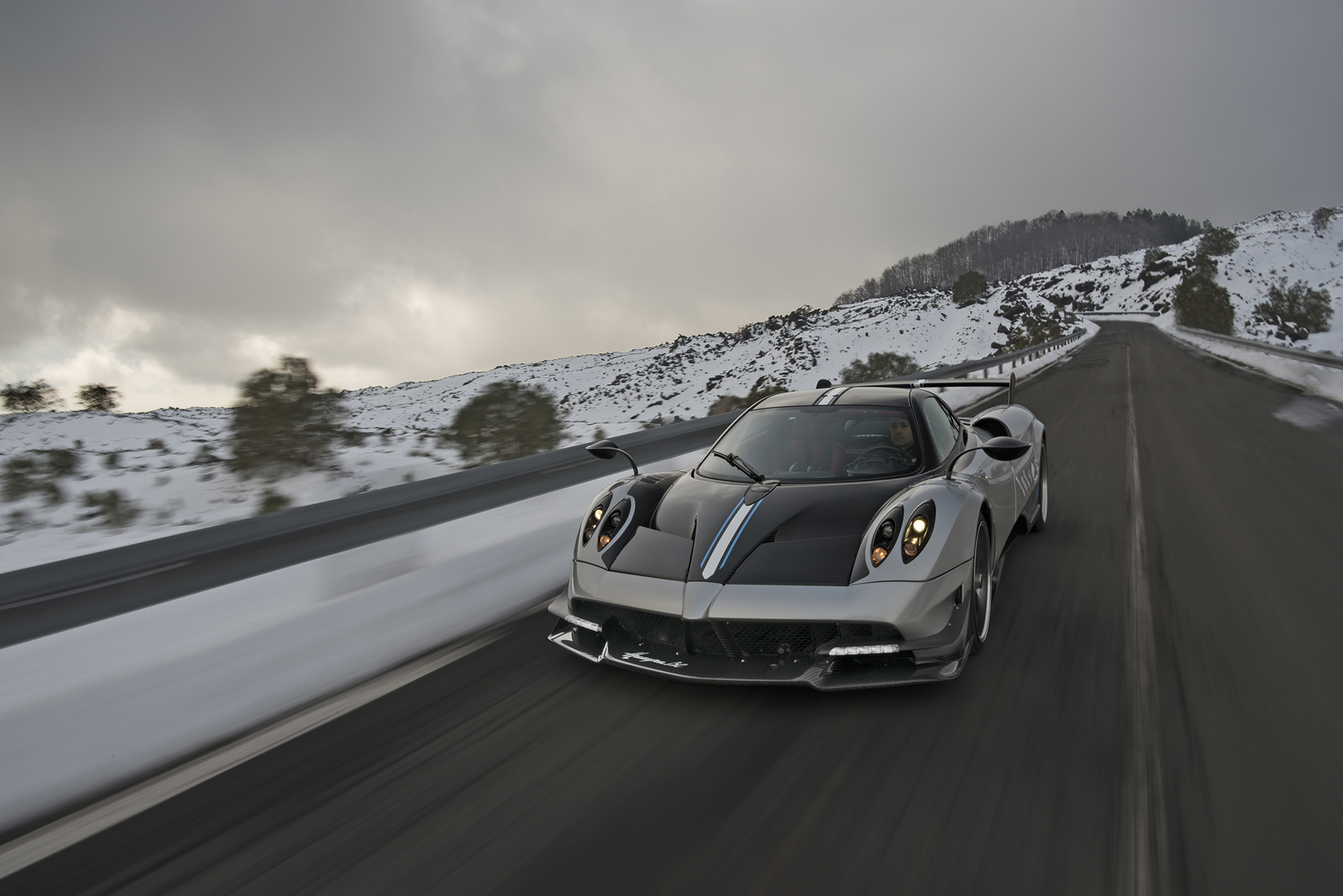 First, I have to say how impressed I was by the press kit offered by Pagani: it is not only complete, but also very detailed. It contains a lot of information, pictures or data. Then, I must admit that even more impressive is the car itself.

We know Huayra. It’s damn fast and it’s sensational to look at. But why BC? Because B and C are the initials of the first Pagani customer ever: Benny Caiola. After buying the car, he was so thrilled by its performance, that he sent a check of 1.000 euro to Pagani, asking him to take the engineers to dinner. Horacio Pagani is so grateful that Benny helped him start his business, that he dedicated to Benny the most advanced car he ever produced. It is powered by the same 6-liter Mercedes-AMG engine as the Huayra, but now it develops 60 hp more, up to 789 hp@6200 rpm and 1100Nm@4000 rpm. A new exhaust system, offering low back-pressure and significantly less weight has been fitted. It was very carefully designed to offer an even more impressive sound, amplified by the materials used, like titanium.

The transmission is completely new, though the idea is the same as at the regular Huayra (is it ok to say “regular Huayra”?). It’s a 7-speed Automated-Manual Transmission developed by Xtrac, with a new actuation system and the intense use of carbon fiber. It allows a better precision and faster gearshift. The retuned clutch became more accurate, though the torque has been increased. There’s a new electronic differential which sends the power to the ground even better and, together with the transmission, it weighs about 60% of the similar performance double clutch transmission. The drive shafts used by Huayra BC are the most efficient ones used in a road car, and come directly from Le Mans racing.

Same to the suspension: it is the lightest and the most effective ever mounted in a high performance car. It used an aeronautical aluminum alloy called HiForg, very light and stiff. It is 25% lighter than the one in Huayra Coupe! Regarding the brakes, Brembo engineered an exclusive carbon-ceramic system. The calipers are now even lighter and stiffer, with a better yield at repetitive braking. Pirelli designed a P Zero Corsa tyres capable to resist at more than 1.000 hp, measuring 255/30ZR20 in front and 355/25ZR21 in the rear. They used the Formula 1 technology, both at the manufacture process and at the design. More, if equipped with the track-oriented Pirelli P Zero Trofeo R, the Huayra BC can achieve a lateral acceleration up to 2G! To understand how advanced is the Huayra BC’s aerodynamics, all the body panels, excepting the roof have been redesigned.

Only 20 Huayra BC will be sold, possibly at a price around of 2.3 million euro (about $2.5 million). Unfortenately, all the supercars have been already sold, so you’d better keep your money for the upcoming Bugatti Chiron. However, you can see it in two weeks, at the Geneva Motor Show.