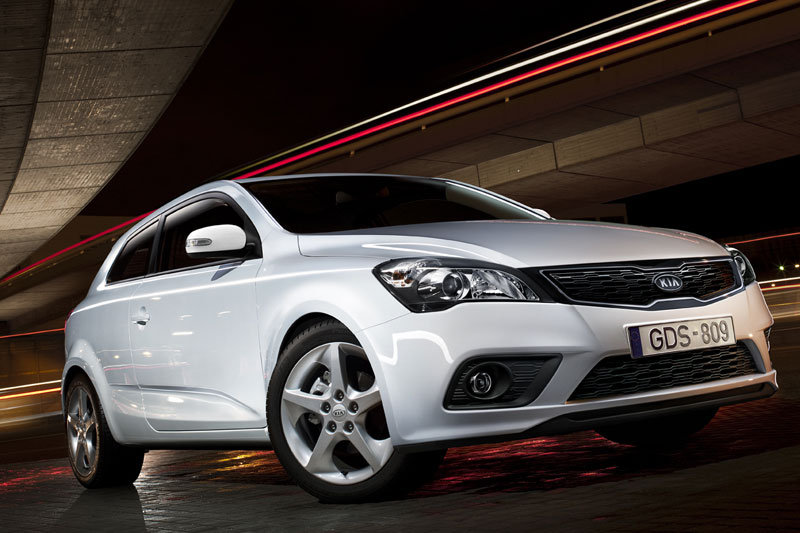 The Korean car making industry is on a roll, powered by low pricing, great management and unbeatable value for money they keep turning them milestones into dust.

Kia, in being one of the best has not only grown in a few years as others have in decades but has now turned its attention to making fun cars.

The Kia Cee’d has had plenty of wins under its belt but it was always the car destined for those who buy with sums and calculations in mind only.

Obviously, Kia had to do something to attract the cash strapped student without giving him an image of being cash strapped. This is how the Kia Pro Cee-d came to life. It’s a hatchback, it’s almost as cheap as walking and yet it only has two doors.

After a while though, it was time for a new face and here it is, sneaking up on us well ahead of the Geneva Motor Show debut it should have.

So here we are, teenagers of the world, if your budget is tight and you want a new car that’s cooler than what Top Gear has for star training the 2011 Kia Pro Cee’d is what you want.

I’m not the biggest fan but I will admit that it does have that extra bit more presence than a typical Golf or Ford in second hand guise.