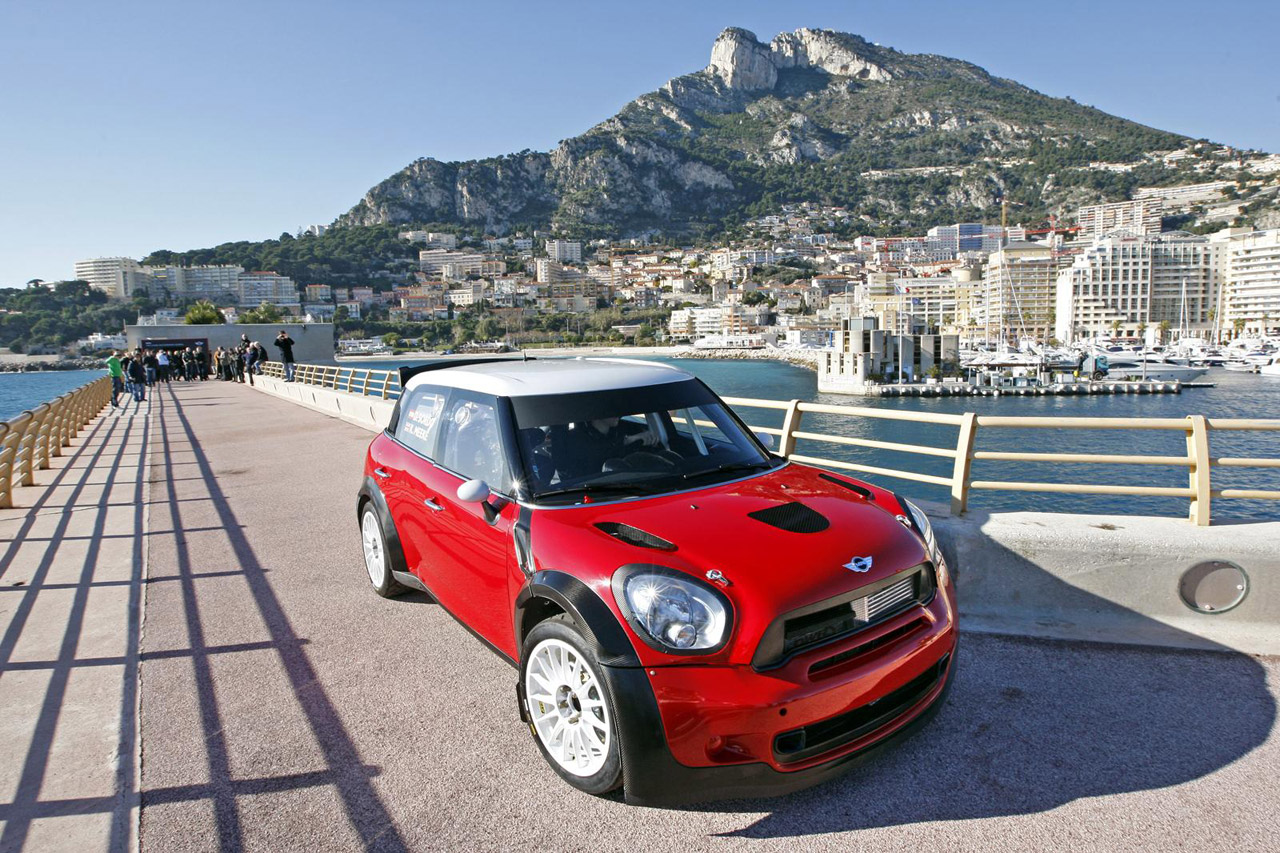 Having created the 4×4 Mini, the British want to linger back to the days when they were seriously important in rallying so they decided to send the Countryman to the S2000 championship.

The 2011 Mini Countryman S2000 WRC was revealed at the recent Rallye Monte Carlo Historique, the place where Paddy Hopkirk became legendary in the original Mini.

Sadly, those days are gone as the 60’s Mini Cooper S participated in the event and barely managed to finish in the 109th position.

That’s pretty poor, but it didn’t discourage the Brits from placing that car side by side the new and spangled S2000 Countryman.

The driver of the old Mini, Rauno Aaltonen, was also set in the same photo as the team that’ll be navigating the new S2000 Countryman WRC. The new drivers were Dani Sordo and Kris Meeke.

They, along with the new rally prepped Mini will get back to testing in Spain within a few days.

As far as the actual car is concerned, the 2011 Mini Countryman S2000 WRC doesn’t seem to have many changes going on.

Sure, there’s a lot of work visible on the aerodynamics and while the suspension and underbody almost certainly aren’t standard, Mini is certainly keeping a lid on the information and specs for now.