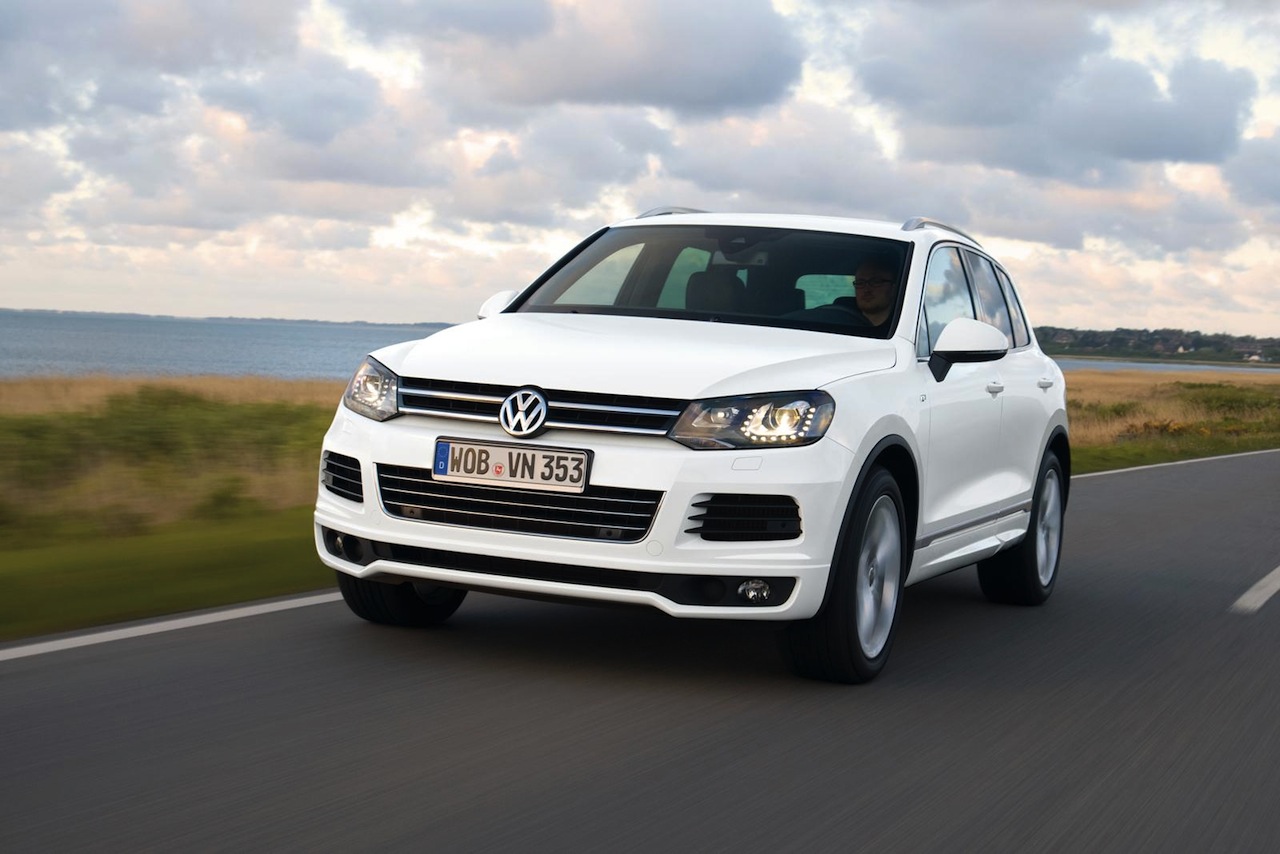 The Germans at Volkswagen must have gotten pretty bored with the 2011 Touareg as they’ve just released a new package for it.

Sadly, it’s not really the Gold covered version VW revealed at the 2011 Quatar Motor Show but something called the R-Line instead.

The R-Line pack is supposed to be highest spec you can get on your 2011 Volkswagen Touareg as it promises some pretty interesting features, regarding the engine you put under the bonnet.

The center stage of this R-Line package is the new sport-tuned suspension setup and the new visual package.

This gives the VW Touareg a modified front and rear bumper, new side skirts and a relatively discrete rear spoiler.

The interior offerings of the 2011 Touareg R-Line include some aluminum trim, stainless steel pedals and door entry guards as well as some stuff which is less sporty.

The comfort bonuses of the R-Line would be a heated steering wheel, two-tone Nappa leather on the seats and even though they are labeled sport ones, they are adjustable 12 ways.

Apparently, all of this kit, doesn’t add too much to the final price of a 2011 Volkswagen Touareg as the final bill comes in at just $2000 over the list pricing of whatever spec and engine you chose.