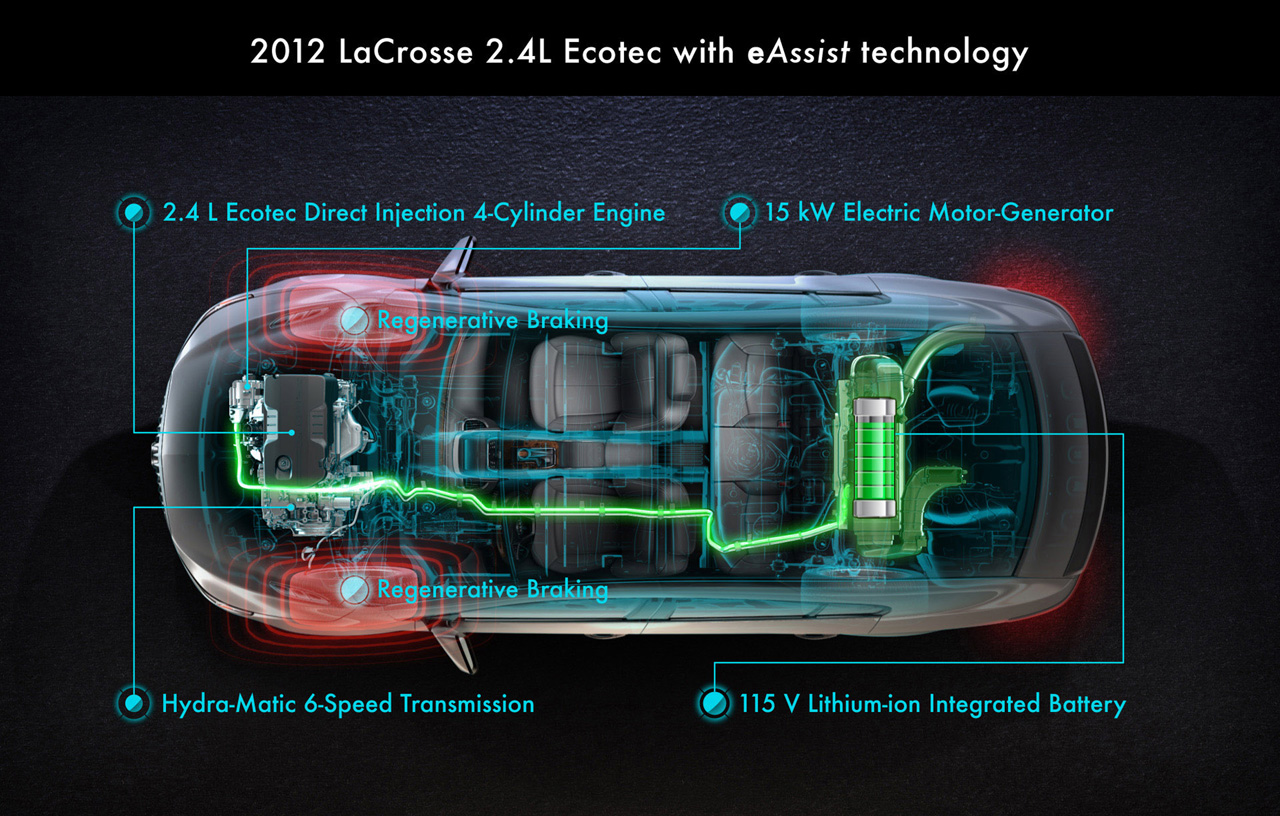 General Motors just released some specs and information on the 2012 Buick LaCrosse eAssist.

The eAssist name tag may seem like something special but underneath the GM marketing it isn’t really. The car is worth a look at though.

GM insists on calling the 2012 Buick LaCrosse eAssist most likely because they want to differentiate the brand. In actual fact, you should treat it just like any other hybrid system.

To my mind they’re trying to do the same thing they did with the Chevrolet Volt when they kept calling it an extended range EV and then came up with a hybrid.

The headlines of the 2012 Buick LaCrosse eAssist do make for some interesting reading. The power comes from a 2.4 liter with 182 horsepower and 172 lb-ft of torque which is teamed to a 15 kilowatt electric motor.

Beside the electric motor, the 2012 Buick LaCrosse eAssist uses a Start/Stop system, regenerative braking. All of the kit works together and is helped along by GM’s Hydra-Matic 6T40 six-speed automatic transmission.

According to GM the 2012 Buick LaCrosse eAssist delivers up to 25/37 miles per gallon.

For a car the size of the Buick LaCrosse that’s quite reasonable but I’m going to hold my thoughts to myself until I see actual figures.