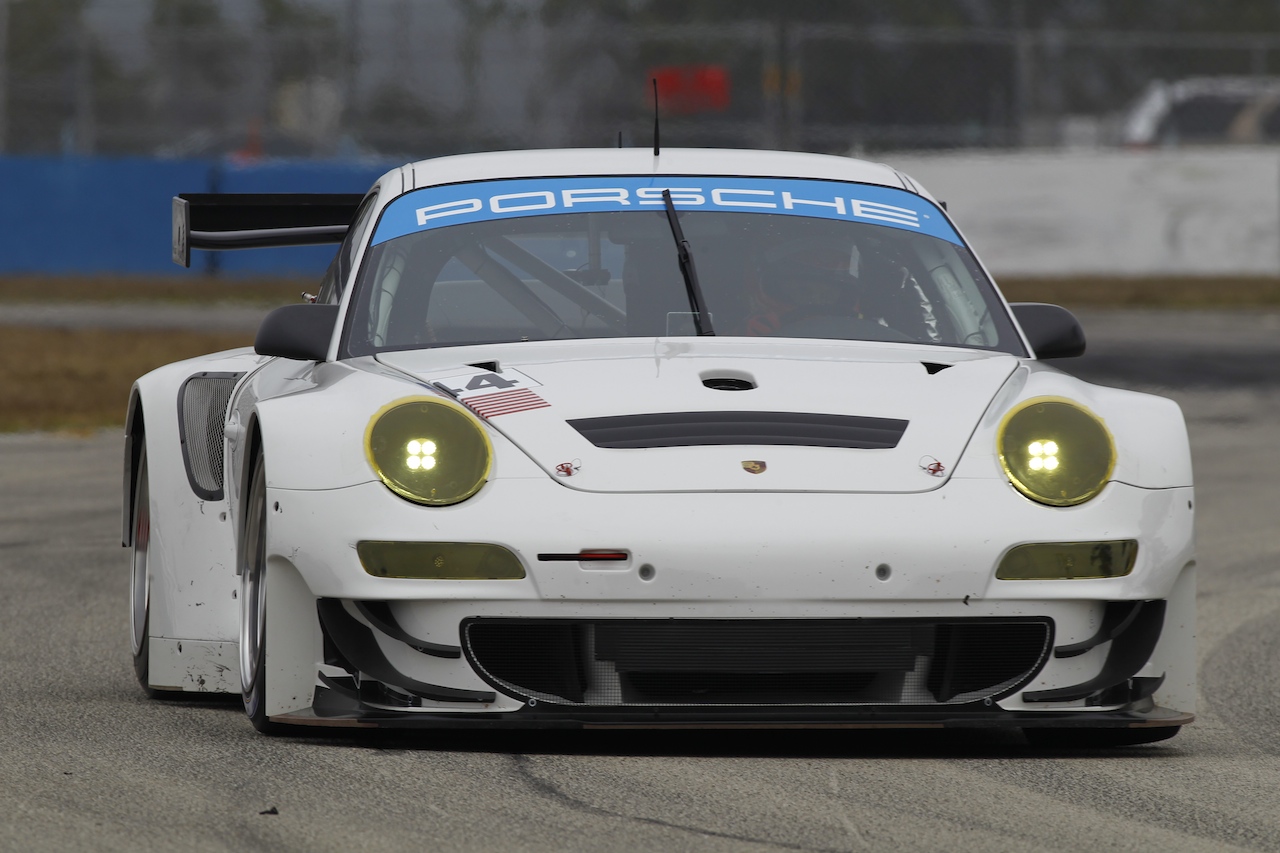 If you mention Porsche nowadays you’re likely thinking of a distinctive supercar that you can drive everyday and has all the luxuries you need.

Truth is that what Porsche really stands for is outstanding competition and winning as much of it as possible whenever, wherever and under any conditions possible.

With that in mind, it’s important to follow-up to your heritage and Porsche have done so by debuting the 2012 911 GT3 RSR at Sebring this weekend.

We’re only looking at a test run so none of the teams currently testing the new version of the Porsche 911 GT3 RSR was “undisguised”.

The white plain livery is not the most interesting aspect of the car you can see since it’s the one the racer is shipped from the factory with.

The ferociousness in attacking the corners and the fantastic brakes being put through their paces is what makes this version of the 911 special.

Under the bonnet we find a race spec 4.0 liter six cylinder boxer engine which still develops some 460 horsepower despite being chocked by a competition air restrictor.

Pending the debut we’re likely to properly enjoy once the 12 hours of Sebring gets underway, the refreshed 911 Porsche racer will be competing in this year’s Le Mans series.

Later in the year we’re also bound to see it participate in the biggest names in 24 hour racing, the Le Mans and the Nurburgring event.