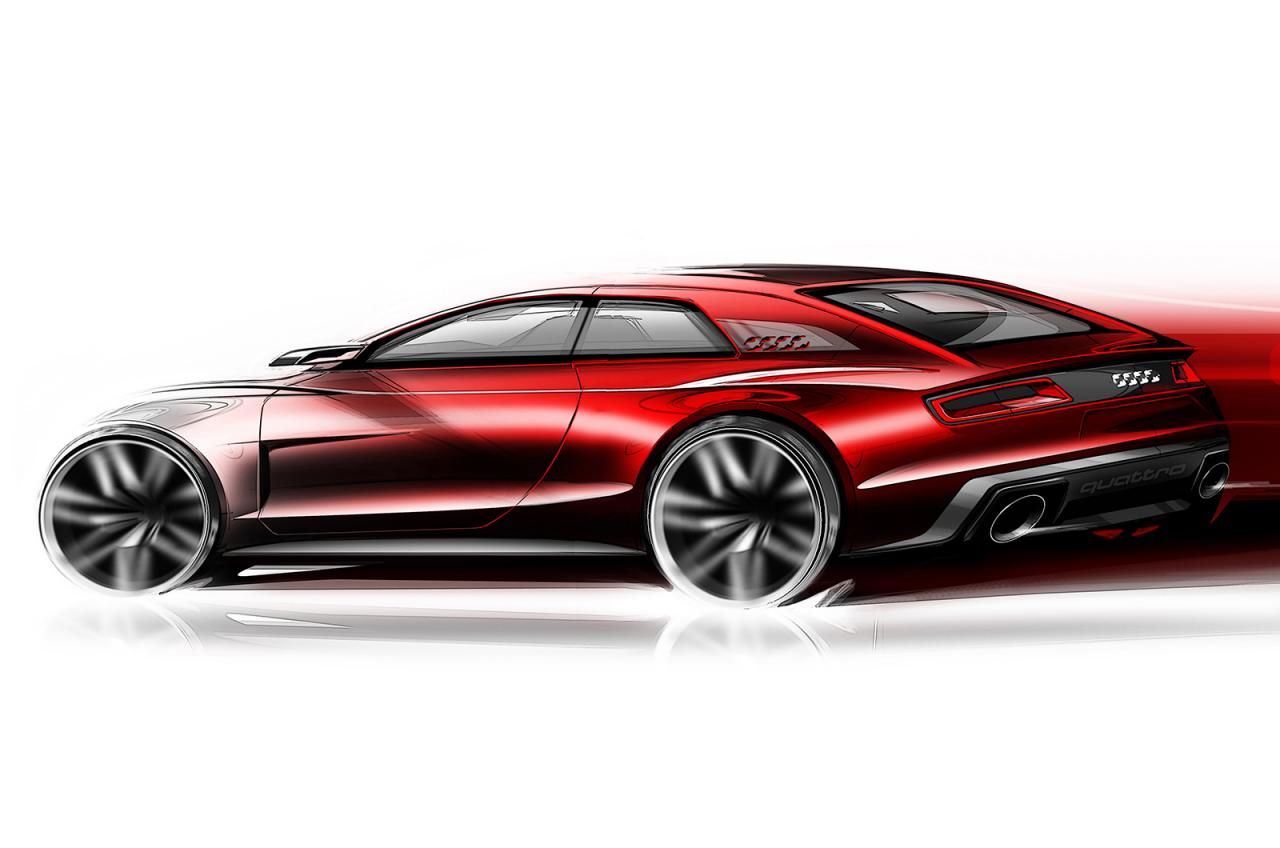 Audi officially announced that the 2013 Quattro Concept will be seen in world premiere at the upcoming Frankfurt Motor Show.

Based on a shorter platform borrowed from the RS7, the German concept benefits from a 4.0-liter V8 powerplant producing 600 horsepower while an electric motor adds another 170 horses.

You might tell us that all these great figures are in vain as this is just a concept. Well, it seems that the company could produce this model in a limited series starting 2016.

Pricing is rumored to start at about €200,000 but there is no official word from Audi in this regard. For now, Audi released only a series of sketches, therefore, we can’t see the Quattro Concept in its all shine yet.