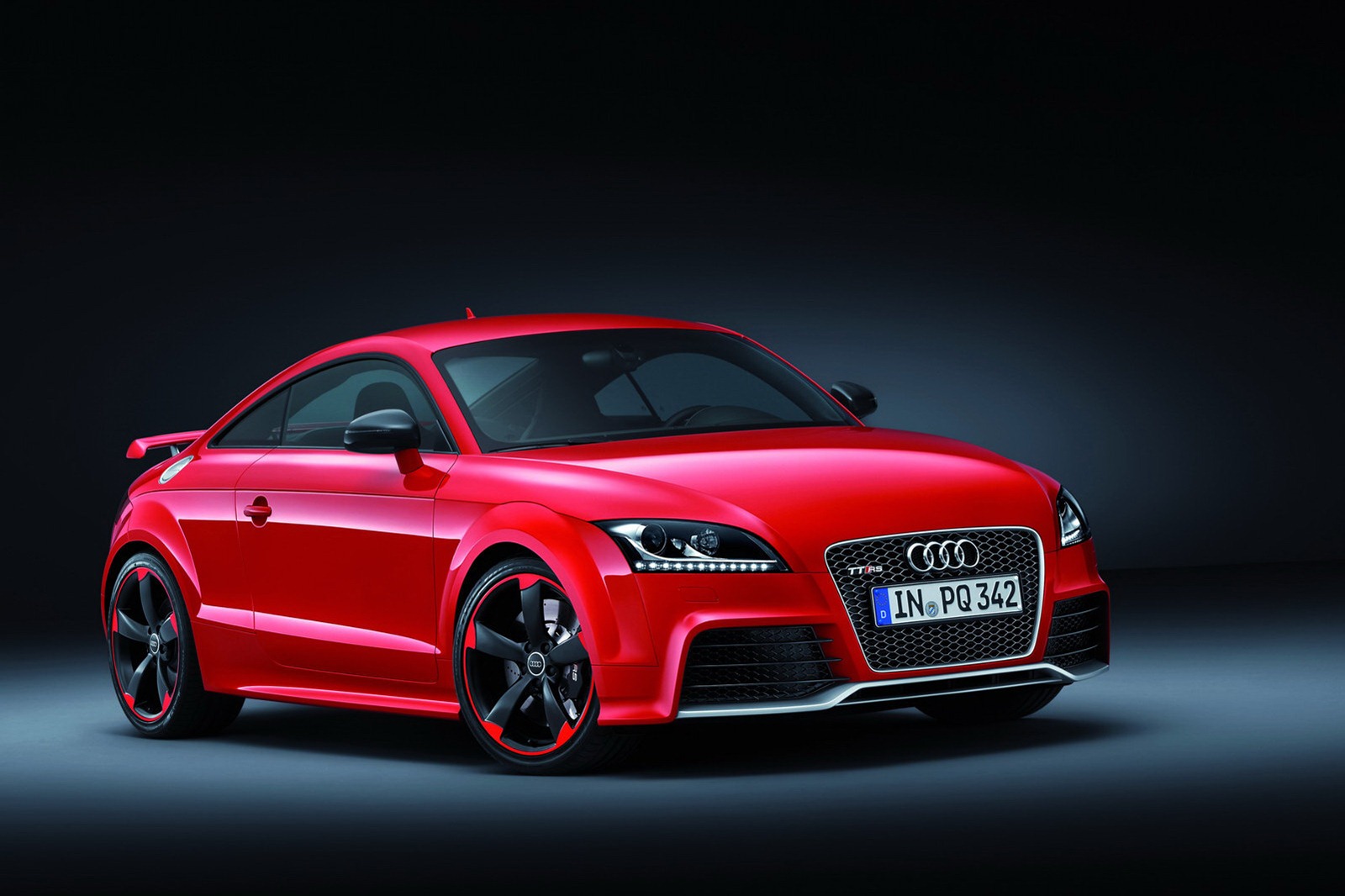 Audi did it again, they took their sports coupe to a new level of speed, performance and tacky styling with the 2013 TT RS Plus version.

Again, we’re dealing with a newly unveiled model “on paper”, that won’t get a full, proper unveiling until the 2012 Geneva Motor Show opens its gates.

We do get to know most of what the Audi TT-RS Plus is about now though so we might as well run through the major parts of the equation before spring arrives.

The 2.5 liter turbocharged five cylinder engine packs a more powerful punch than ever since it now develops 360 horsepower and 343 lb-ft of torque.

A few bits of the body have lightened materials at their core but the differences made aren’t class leading as even the lightest version of the Audi TT RS Plus is still a little bulky at 3.197 lbs.

It’s not like it’s going to matter. The bottom line is that the 2013 Audi TT RS Plus is the fastest version ever made of the trendiest coupe out there.

Add some stand out styling, a 0 to 62 mph time which can be as low as 4.1 seconds and a top speed of 174 mph and you know the car will be attractive.

This must be why Audi plans to charge at least €60.650 for the cheapest (manual) gearbox in coupe form and it can go up as far as €65.650 if you want a convertible with Stronic.

We have no idea on whether or not the 2013 Audi TT RS Plus would go on sale in America but I have to say, I have my worries about costs if they remain roughly in the same state.