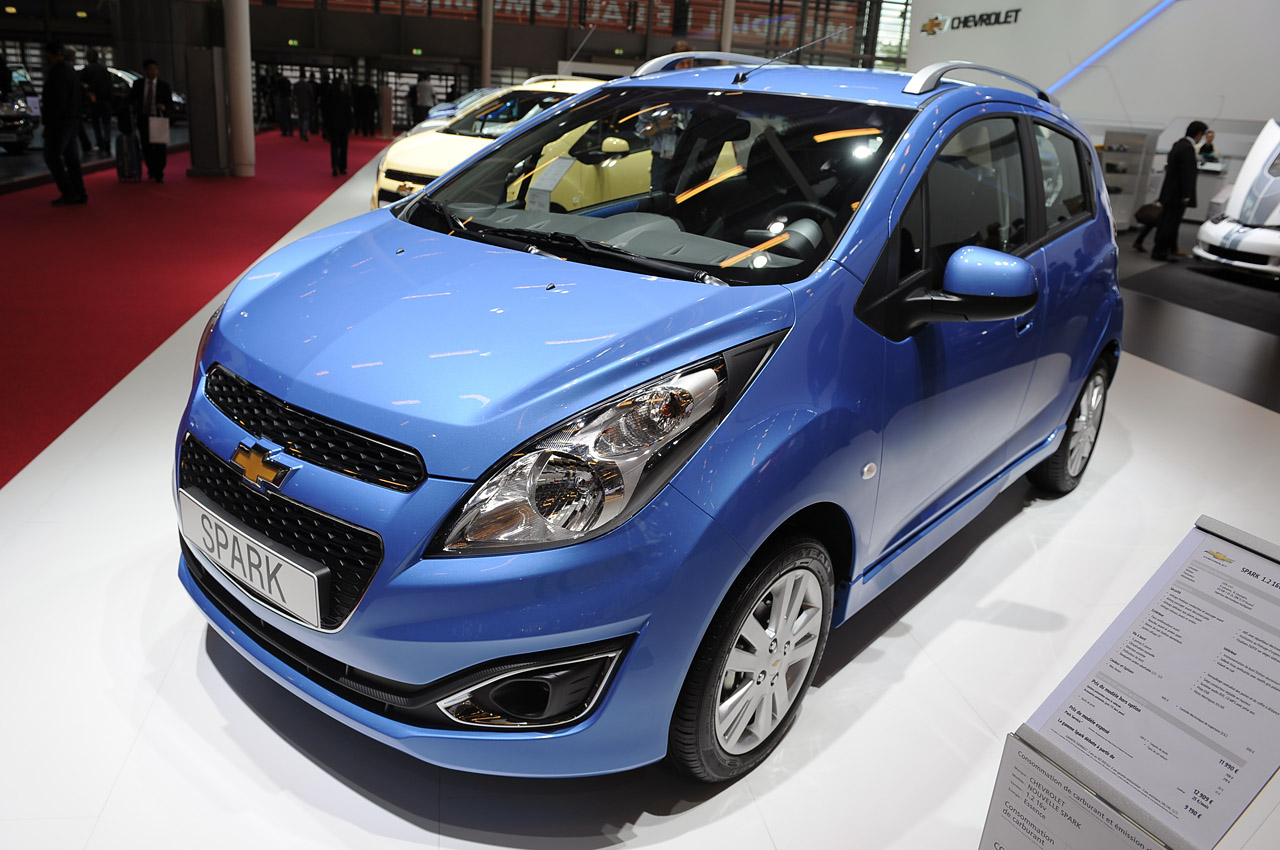 Let’s get ourselves some common sense and remember that the Paris Motor Show actually had decent cars, not just opulent stuff.

Let’s remember that this is not Monaco’s Top Marques and nor is this Las Vegas’ SEMA. Paris was, this year more than ever, the place to go and see boring cars.

Not-very-tasty stuff like the 2013 Chevrolet Spark is what tons of eager journalists were spoon-fed at the event and it’s what we’re supposed to like as well.

In all fairness, the Chevrolet Spark actually looks like it’s made an effort. Unfortunately, that effort isn’t that big a success.

While it looks nice and aggressive at the front, the overall body is still styled like a piece of cheese. The performance is also in dairy mode.

There is none to begin with, none throughout the range and if you really want to hold on to it, mold will grow on it before getting a move on.

In updating it to 2013 Chevrolet didn’t exactly revitalize the market. All they did was change a few bits and bobs on the outside and added some extra practicality to the interior.

This is something worth appreciating if you’re a junky to everything aesthetic. If you’re into safety, you won’t find too much here.

The 2013 Chevrolet Spark should be decent at avoiding accidents due to its low weight and small size. The new LED taillights might help others see you better too.

You can at least hope that happens since there’s just no chance that the 1.0 or 1.2 liter engine will not help you outrun anything other than cyclists.