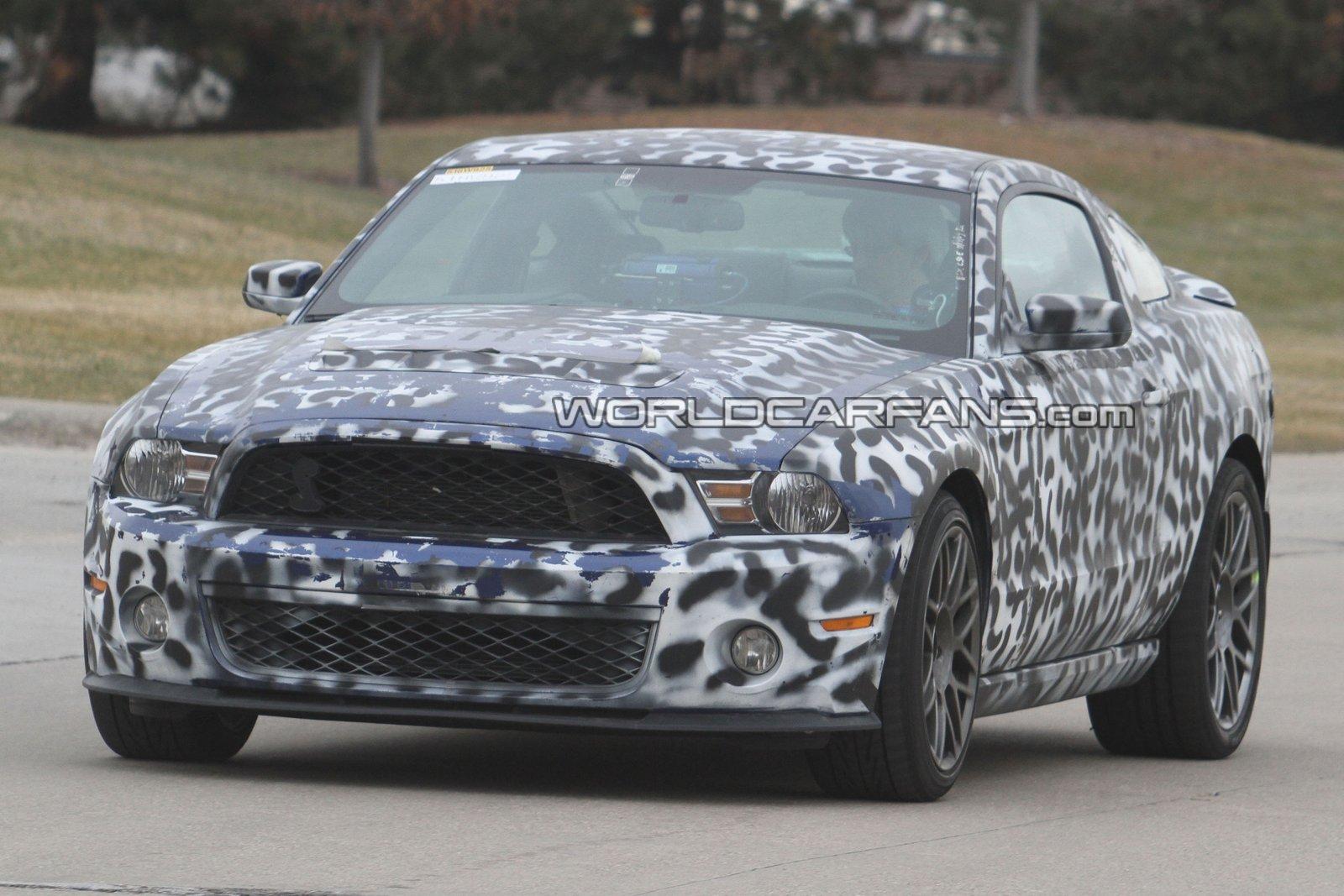 I’m really getting annoyed about this whole affair with manufacturers pushing model years so much it gets to the point where we get to talking about a car being released in a few months that’s wearing a 2013 tag.

Especially annoyed since it makes this spy shot star feel like it’s all that much further away from coming to the market than I’d like to the imagine.

For a few moments while I’m writing this I’m going to refrain from drooling over those great wheels it wears and try to talk about other things.

The traditional Ford 5.4 liter V8 has now been bored to 5.8 liters and once you add the new supercharger system, a Mustang with 629 horsepower becomes an understandable product.

As always, the modifications will includes slightly revised visual appearance but as this car still is in testing we have no idea what they might be.

Far more interesting than all the performance or the individual styling, is the 2013 Ford Mustang Shelby GT500’s price which is projected to come in around 60.000 dollars.

Sure, it’s not a price for people shopping for a cheap hatchback but given the “bang for buck” factor the newest comer to the Shelby family is a truly amazing bargain.