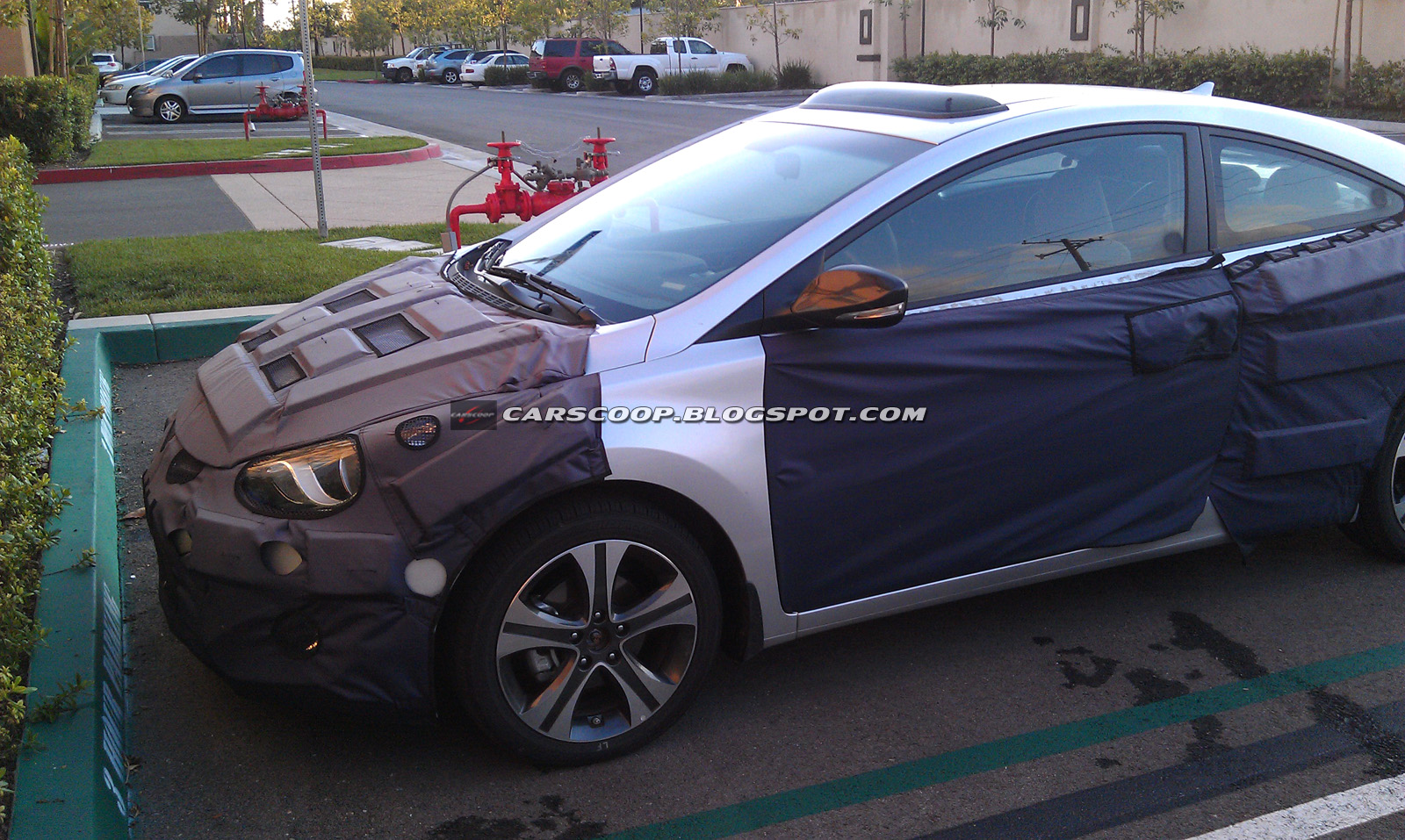 The Koreans at Hyundai have been doing so well lately it’s becoming challenging to imagine them come up with any other new and exciting models.

That doesn’t really mean it’s not happening. They will be adding a coupe version of their Elantra soon and it could be quite the fun moment.

Scheduled to make a debut at the 2012 Chicago Motor Show, the two door version of the upcoming Hyundai Elantra Coupe should go on sale sometime in fall of next year.

When that happens, you’ll be able to see the 2013 Hyundai Elantra Coupe powered by the same 1.8 liter engine with 148 horsepower and 138 lb-ft of torque as the sedan.

What should make for a rather more interesting option is a 1.6 liter turbocharged four pot that may push out as much as 200 horsepower available.

As you’d imagine, the guys at Hyundai are seriously far along with the development of this 2013 Elantra Coupe and some lucky photographers have even managed to spot a few test mules out and about.

Just like you can partly see from the photos and guess from the Elantra’s dimensions, the new two door will be built to fight off the institution that is the Honda Civic.

Hyundai may be more on the money than we’d imagine, especially as there’s plenty of reports about the Civic not living up to its heritage with the latest facelift.