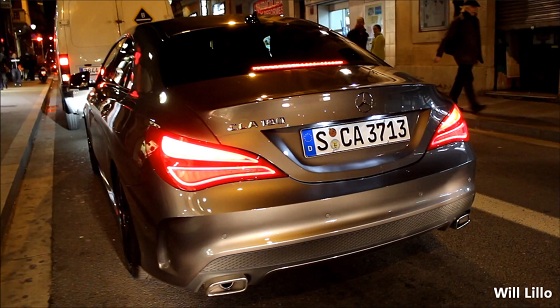 The new Mercedes CLA, which is the sportier alternative to the A-Class model, has been spotted on the street in Barcelona.

The new model was already unveiled by the German company but seeing it on the road lets us get a closer look at it.

The model seen in the video below is the Mercedes CLA 180 powered by a 1.6-liter unit producing 120hp and 200Nm of torque.

It is also fitted with the AMG Package which adds few styling improvements as well. The petrol engine offers a 0-100 km/h sprint in 9,3 seconds with a top speed of 210 km/h. As you probably know, the all-new CLA will hit the market this year while the U.S. buyers will have to wait few extra months.

However, Mercedes-Benz says that it will arrive in the States this year. With this been said, hit the play button and watch the new Mercedes CLA.