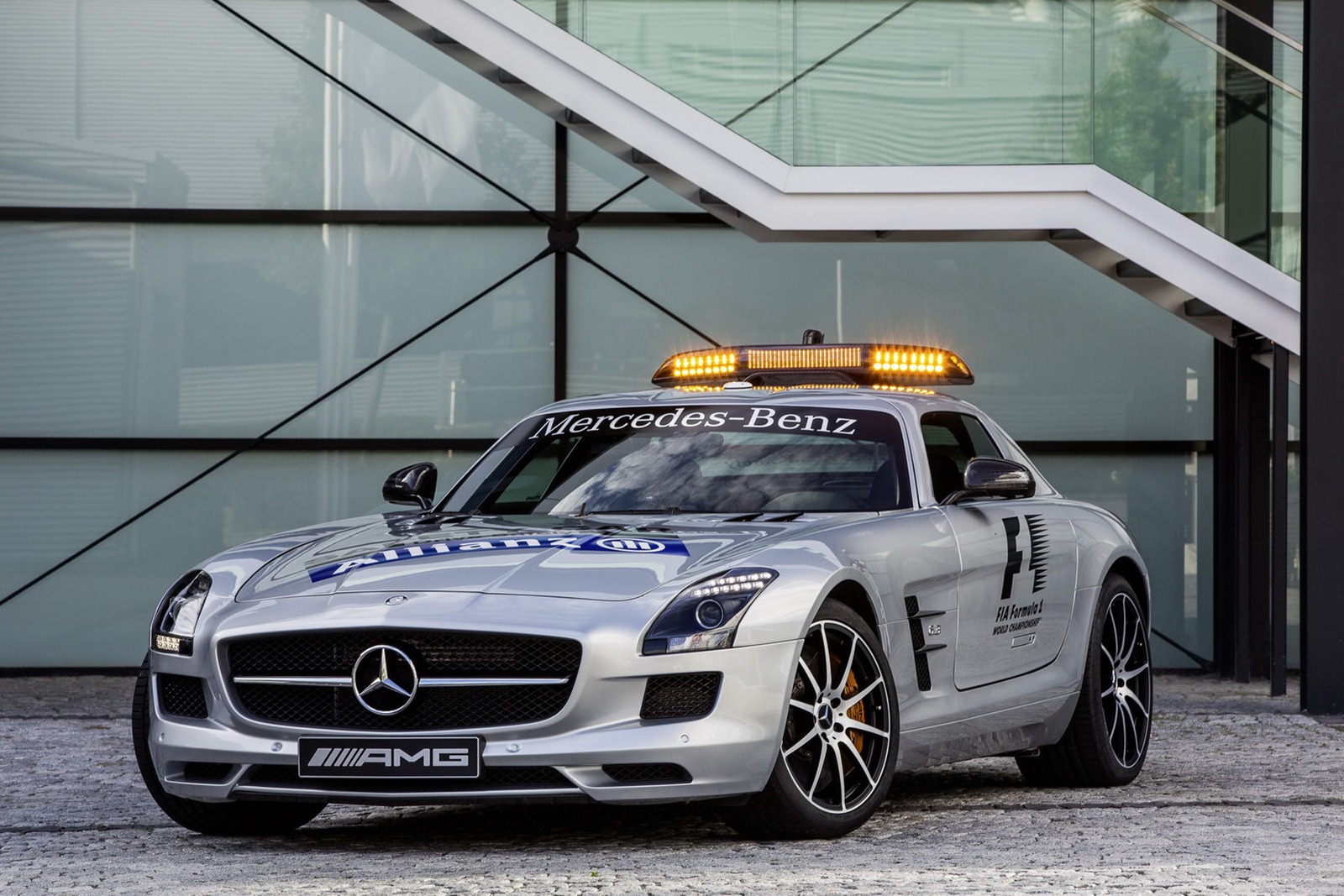 Even though they have Formula 1 legend Michael schumacher on their team, Mercedes GP is far from running the show. Various issues have kept them away from winning and in plenty of cases the car didn’t have the pace.

They did have a nice presence in the safety car department so they might as well get it updated. The SLS AMG is turning tricks as a GT model now.

In leading a pack of the most highly strung cars ever made the SLS AMG GT will have quite the job. Remarkably, it can do it without too many updates in performance.

The list of changes includes the typical safety additions starring a familiar set of warning lights that were fitted to the top.

Inside the obligatory extra warning and communication buttons are cluttering up the center console and there’s more carbon fiber than we’re used to.

Under the bonnet of the F1 safety car Mercedes SLS AMG GT we find the 6.2 liter naturally aspirated V8 engine. A boost of 20 horsepower is included.

These are achieved by minor tweaks with the most important mod being the upgraded exhaust system. The total horsepower rating is now 591.

Behind the wheel of the new F1 safety car will be a couple of familiar names, namely Bernd Mayländer and Pete Tibbets.

The guy actually driving the German supercar ahead of the single seaters has been called upon to do this job since 2000.

That probably means he knows how to keep a decent pace and how to get himself properly round a track even when followed by thousands of horsepower.