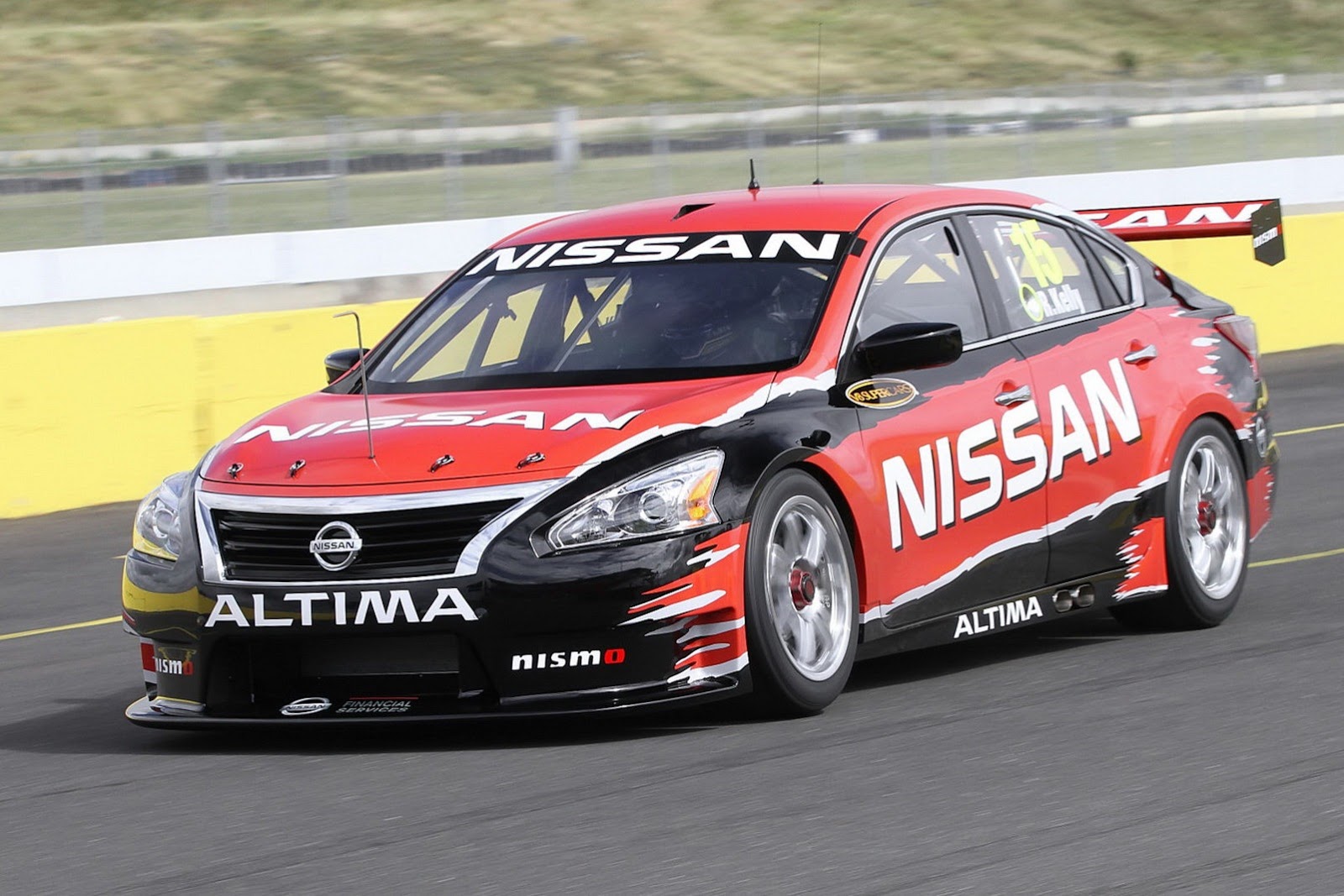 Well isn’t this romantic, Nissan is returning to racing in a country where they were basically banned out of.

The Nissan GT-R’s technology may be banned in a lot of racing series but there are plenty of Nissan cars that can be modified to go racing.

And that is where things get amazing, the Japanese company chose to use the Altima sedan. It’s a custom car and from the video below it seems to be ready for the show.

The four door sedan will be running in the Australian Supercar series which has a very relevant rule.

All cars participating in this series are, technically, road legal. Nobody will drive them around town, but it’s a nice option to have.

In order to be competitive with the environment, this Nissan Altima gets a Nismo modified VK56 V8 engine.

That’s the powerplant the usually use in stuff like the Titan pickup and Pathfinder SUV. With race tune, the power is much higher than standard.

Almost predictably for the series, the Nissan Altima gets independed suspension at the back and the power is put down through a transaxle gearbox.

These are all good old fashion racing modifications which makes it fun to talk about the class under which this car will be competing.

Believe it or not, it’s running under the Car of The Future regulations. An Altima with a V8 is something Aussies would always approve.