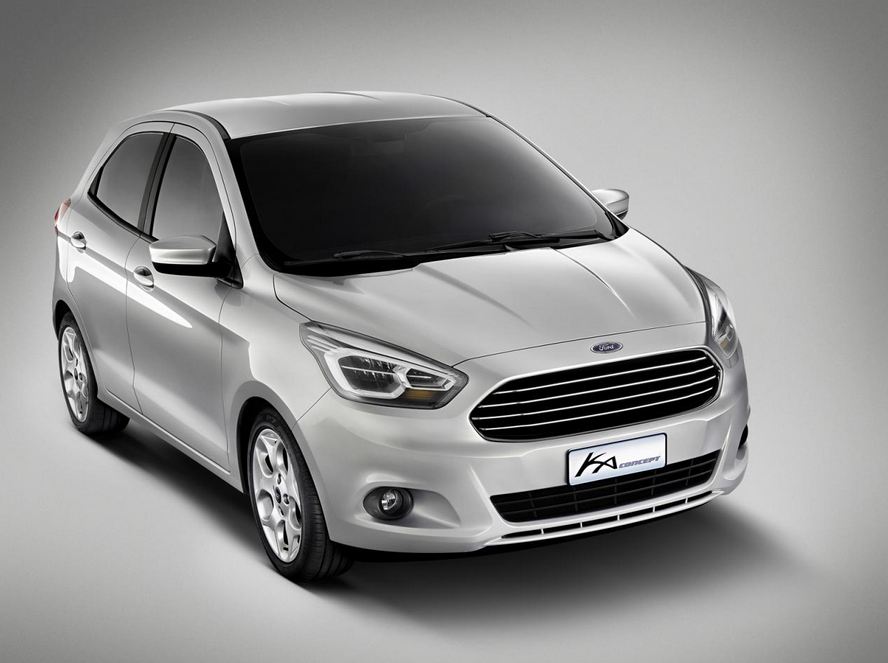 Ford officially unveiled the 2014 Ka concept, a prototype meant to preview the new-generation Ford Ka. According to the American company, this concept is a near-production one which means that the exterior styling will be very similar to what we’ll see on the series model.

At the exterior, it resembles with the current Fiesta, mainly in the front where we find the same front grille alongside revised optical blocks.

Under the bonnet, expect to see a 80-horsepower 1.0-liter engine, a more potent 1.5-liter with 111 horsepower or 107 horsepower (depending if it runs on ethanol or petrol).

The new Ford Ka concept was revealed in Brazil as this is the first market to get the production model when it goes on sale.

Other emerging markets are also going to benefit from the new Ka. Ford announced no plans to bring the model to other markets such as Europe.