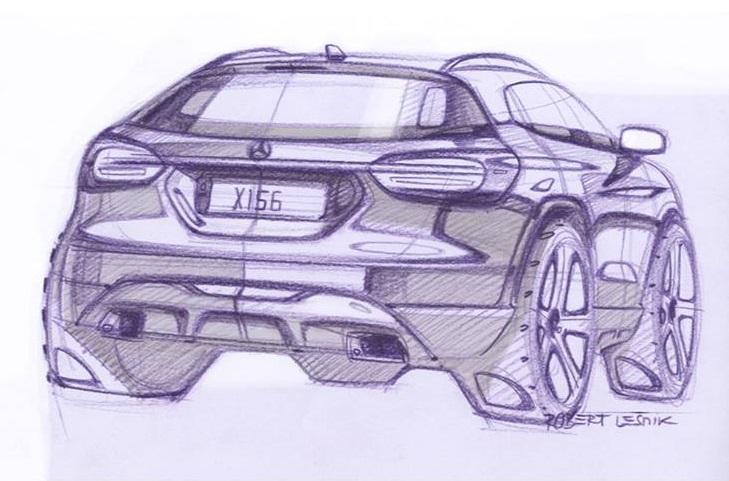 With the Frankfurt Motor Show just around the corner, Mercedes released two official sketches for the new GLA, a model which will premiere next month at the long-awaited motor show.

Previewed by the GLA Concept seen at the Shanghai Auto Show, the new Mercedes GLA will take a lot of design cues from the A-Class model, at least at the exterior.

Of course, this is a bigger and taller crossover model but basically is it a beefed up A-Class.

Power will be provided by the same unit found on the Mercedes A-Class but a high-performance GLA 45 AMG variant with a 360-horsepower 2.0-liter turbo engine is expected too.

With this been said, feel free to share your opinion on the new Mercedes GLA based on the official sketches released by the Germans at Mercedes.