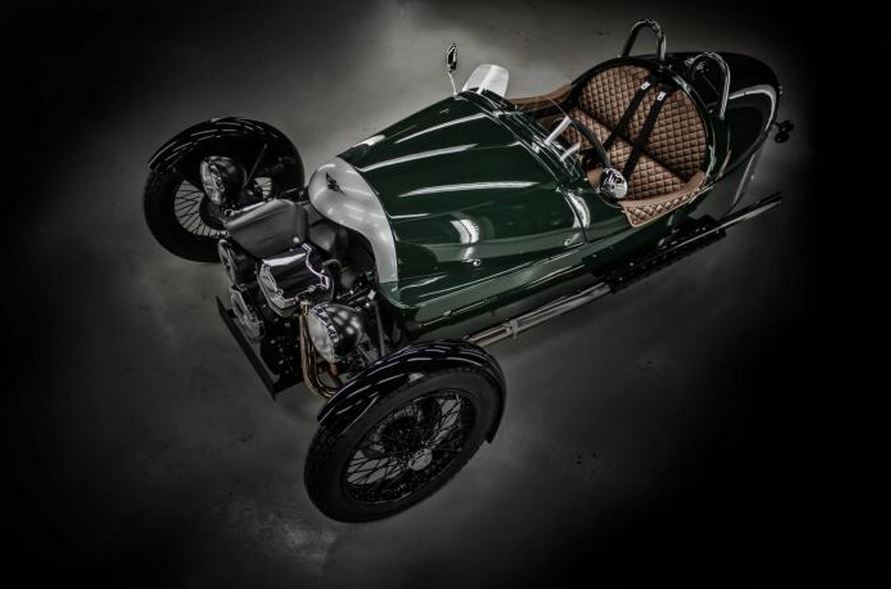 In the car making industry, there has to be a manufacturer for pretty much every man and each personality out there.

And if we were to match an excentric personality to a car manufacturer, you will have to go with either Bugatti, Lamborghini, and the Morgan.

The latter takes a certain kind of man to appreciate it, not only for the retro styling, but also for the weird choice in building materials. One of their more recent and also controversial models has to be the 3 Wheeler, and the name says it all.

Certainly not the first three wheel vehicle out there, the Morgan 3 Wheeler is a step up, being even considered a sporty machine. Now, the 2014 model was revealed, with plenty of improvements.

The biggest improvements have been made in the stability department, with Morgan engineers stiffening up the chassis and upgrading the steering system. This will not only help the vehicle stick to the road better, but the fun derived from driving it should also be a tad better.

The 2014 Morgan 3 Wheeler has also seen other improvements and additions, both in the performance division and styling, and when it is ready to hit the streets, it will make for quite a nice vehicle, even if a bit quirky.