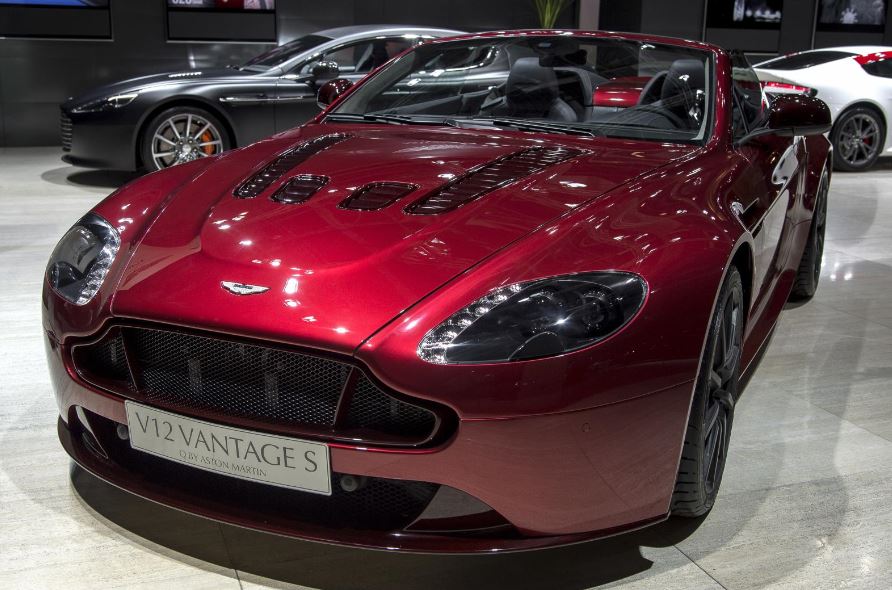 The 2014 Paris Motor Show, the host of one of the most important auto events of the year, has welcomed today the arrival of the newly Aston Martin V12 Vantage S Roadster.

The one-off Aston Martin V12 Vantage S Roadster is already waiting in its dealerships across Europe and the United States, the supercar also coming available with a new set of bespoke styling cues, specially designed by the company`s Q program.

The Q program includes a special Diavolo Red paint at the exterior, while inside, the impressive ride is all wrapped in leather, also tweaking carbon fiber on the center console, the special badges and a few more.

In terms of safety, the Aston Martin V12 Vantage S Roadster has been fitted with a two-stage anti-lock braking system, sporting adaptive damping system, as well as a three-stage dynamic stability control system, with a gearshift speed and timing, carbon ceramic brakes or the Sport mode.

Under the hood, the Aston Martin V12 Vantage S Roadster is powered by a huge 6.0-liter V12 unit with the Bosch engine management.

The massive unit develops 565 horsepower and 620 Nm of torque, hooked at a seven-speed SportShift III transmission, which makes the supercar sprint from 0 to 100 km/h in just 4.1 seconds.