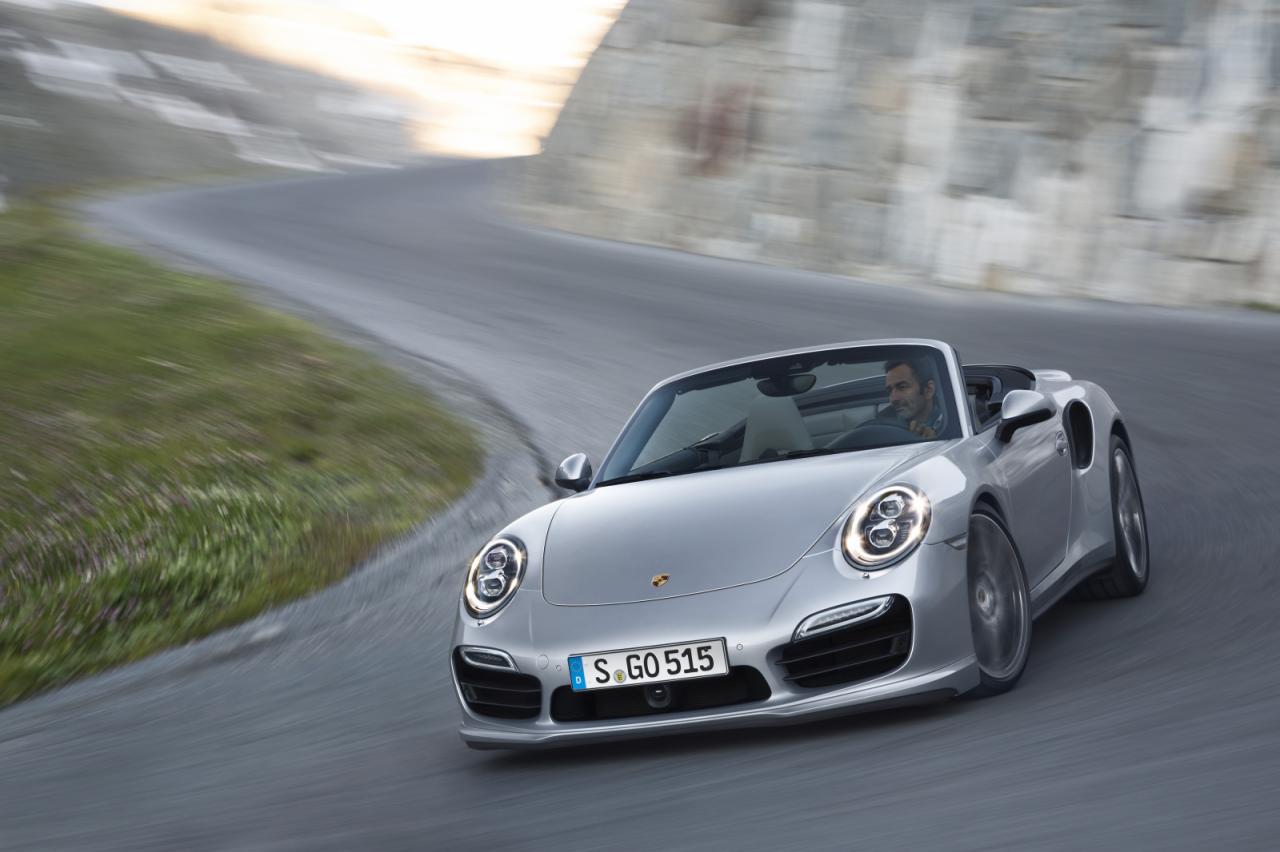 Porsche officially pulled the wraps off the open-top variant of the 911 Turbo but also the S model. To begin with, the main difference between the Coupe and Convertible is obviously, the fabric roof.

It features a magnesium frame which is lightweight and enables the roof to be opened or closed in less than 13 seconds while driving at speeds of up to 50 km/h.

If fuel economy is also in your concern, Porsche announces official figures of 17 mpg (city) and 24 mpg (highway).

The new Porsche 911 Turbo alongside with its more potent S brother will be seen later this year in world premiere at the Los Angeles Auto Show. Pricing in the States will begin at $160,700 or $193,900 for the Turbo S.