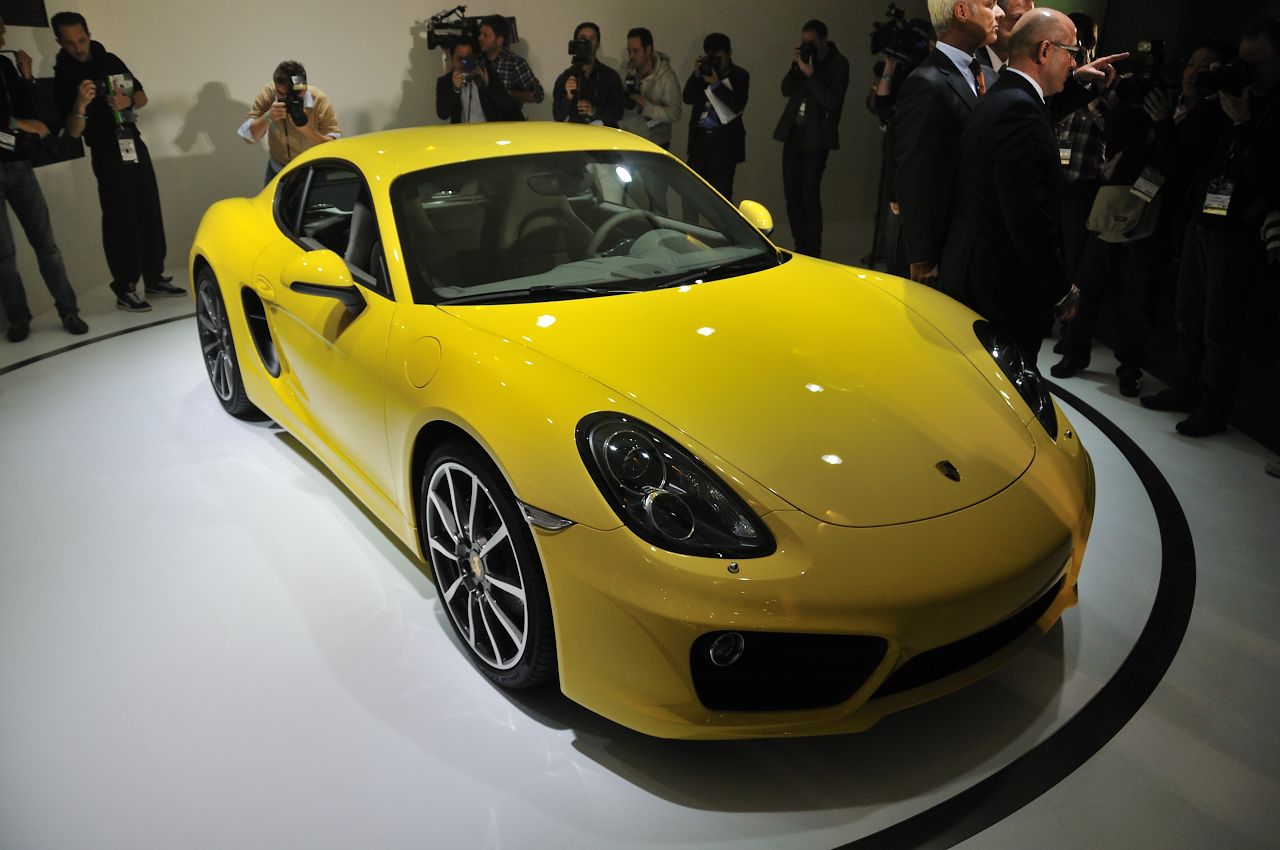 Not being a fan of convertibles, I’ve had a bit of an interest in the Porsche Cayman. The newest version was just unveiled at the Los Angeles Auto Show.

The 2014 Porsche Cayman sticks close to the original recipe of fitting a proper roof to the Boxster and tightening everything up.

A stiffer chassis is always of benefit, but is this version of the Cayman more of an amazing toy than the original for a few solid reasons.

First of all, the Boxster’s 981 generation is considerably better than the previous version. Whereas in the past there was an enormous gap between this an the 911, it’s now gotten a lot smaller.

Secondly, the new roof feels a lot better integrated into the body than the previous version felt. It’s not a Boxster hardtop, that annoying rear end is gone.

Now, when it does hit the market early next year, you’ll have to pick between two familiar choices of the car. The standard version, and the somewhat sportier Cayman S will be the decision you have to make.

The first of them is powered by a 2.7 liter flat-six boxer engine developing 275 horsepower, whereas the Cayman gets a 3.4 liter unit with 325 horsepower.

That means it has a 10 horsepower boost on top of what the Boxster had at its disposal for each version. This is enough to make 0 to 62 range between 5.1 and 4.4 seconds.

Pricing on the new Cayman is going to come in at $52.600 for the basic one and 63.800 USD for the S version. That’s what is going on for the manual equipped ones, PDK dual clutch gearing will cost extra.