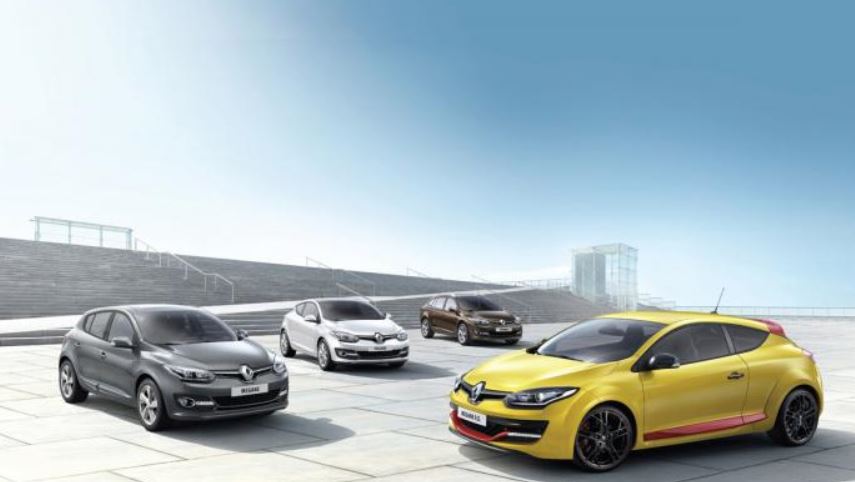 A few days ago I was visiting the impressive Frankfurt Motor Show when I came across the 2014 Renault Megane`s line-up, which was put for a display along with the other Renault versions. I was really attracted by the latest nose lift the car received.

In fact, all Renault`s line-up have serious changes that reflect the new styling, including face lifts for the Clio and the Twingo versions.

As already said, all the versions of the Megane are getting the newest grille with gloss-black vent slats, with a bigger Renault logo: the Hatch, Coupe, Sport Tourer, Renaultsport and the GT versions.

What I have seen at the Hatch, Sport Tourer and the Coupe versions, is that they will be sharing the same front bumpers, hoods, and new-elliptical headlights with running lights for daytime. The Renaultsport and GT versions also come with new-headlights with gloss-black “eyelids.

The 2014 Renault Megane is available with a dual-clutch automatic transmission if it will be matched with the TCe 130 petrol engine, which Renault has tuned for a better throttle, upgradable engine and a more performed transmission control software.