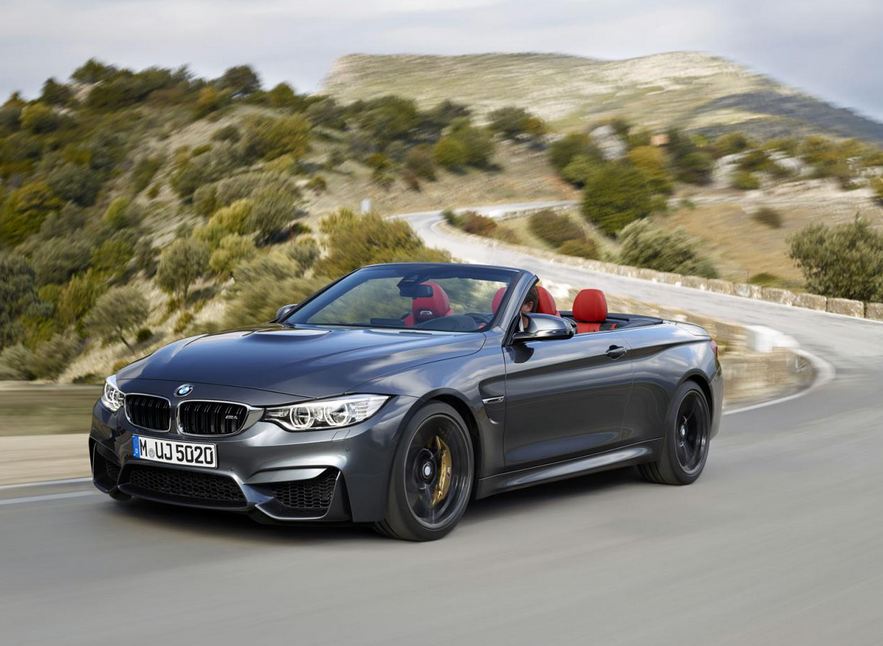 BMW officially revealed the new M4 Convertible prior the model’s world premiere at the New York Auto Show. Priced from $73,425 in the United States, the high-performance car benefits from a 3.0-liter TwinPower Turbo engine producing 425 horsepower and 550 Nm of torque.

These figures allow the German vehicle to sprint from standstill to 100 km/h in just 4,2 seconds before hitting the 250 km/h limited top speed.

The six-cylinder engine is also paired to a seven-speed M Double Clutch Transmission for the best acceleration time while opting for the manual version will result into a slower sprint.

BMW decided to go with a retractable hard top which needs 20 seconds to lower and can be used at speeds up to 18 km/h.

“The BMW M4 Convertible replicates the performances of the BMW M4 Coupe and BMW M3 Sedan, but emphasizes its stylish and distinctive appearance through its retractable hardtop that places open-top driving at center stage,” concludes the company.