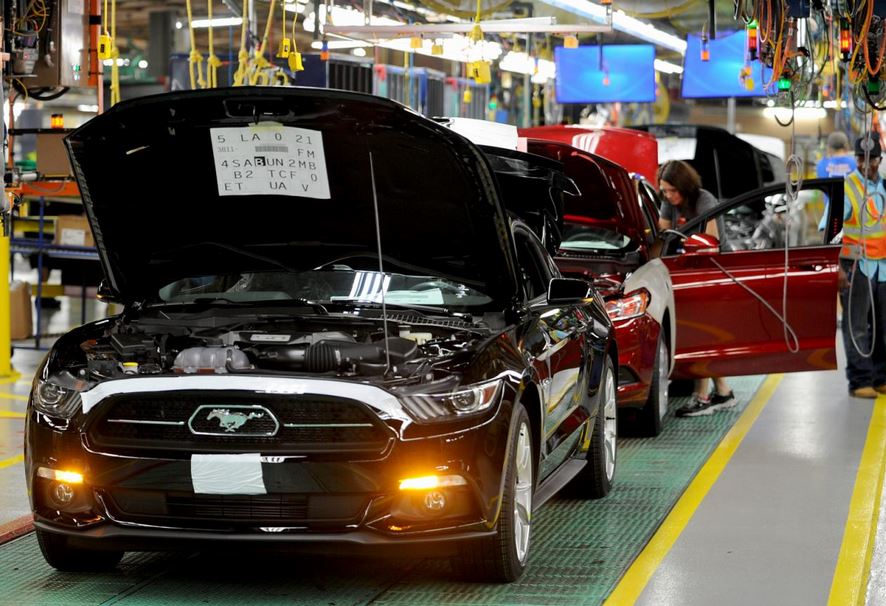 The Ford Mustang is a true American muscle car, and always has been, and now it has reached its sixth generation.

The 2015 Ford Mustang production just started at the Flat Rock Assembly Plant in Michigan, and for fans out there, you could see the first units delivered to dealers in about two months.

To be completely honest, I am not particularly fond of the last 3 generations of Mustang, as it seems that it has diluted the one thing that had appeal to the car: its looks. Of course it can still produce ample amounts of power, from 300 to 435 Hp, depending of engine choice, but it’s just not the same.


One thing I do like about this sixth generation Ford Mustang is that it will finally reach all fans. The car will be sold in 120 countries all over the world, in both left and right hand drive setups. To mark another first for the model, Ford decided to use independent rear suspension systems across the entire range. Prices start at $23.600.