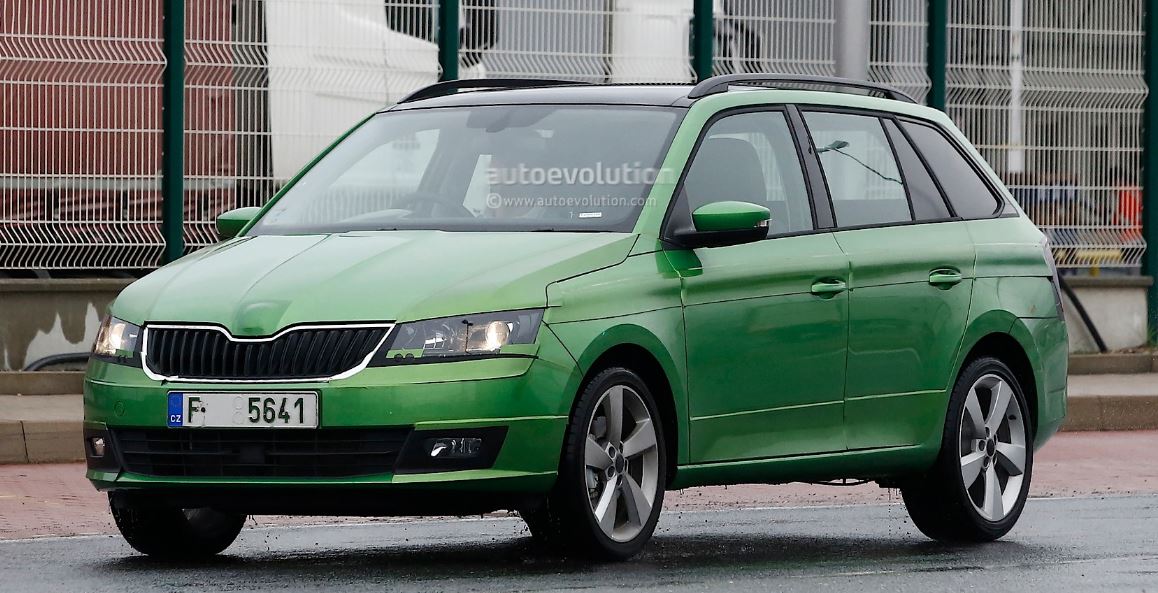 The Volkswagen`s Group subsidiary Skoda, is ready to launch the new-gen Fabia Combi at the 2014 Paris Motor Show, starting next week.

The new 2015 Skoda Fabia Combi is ready to be officially unveiled in Paris, wearing some interesting body style changes, like a longer rear overhang, which would make it the longest car in its class.

It means that the cargo will have a much wider capacity, from a 520 liters to an impressive 1.500 liters when the rear seats are folded.

The fresh 2015 Skoda Fabia Combi will be thus 90 mm wider and 31 mm lower than the present Skoda, coming with a wide range of three- and four-cylinder Euro 6 compliant units under the hood.

Talking about the power, the new 2015 Skoda Fabia Combi will first sport a 1.0-liter MPI, developing 60 horsepower, while the 1.2-liter TSI unit will put out a higher 110 horsepower.

On the other hand, the 1.4-liter diesel direct injected common rail turbo would develop 75 horsepower or 105 horsepower.