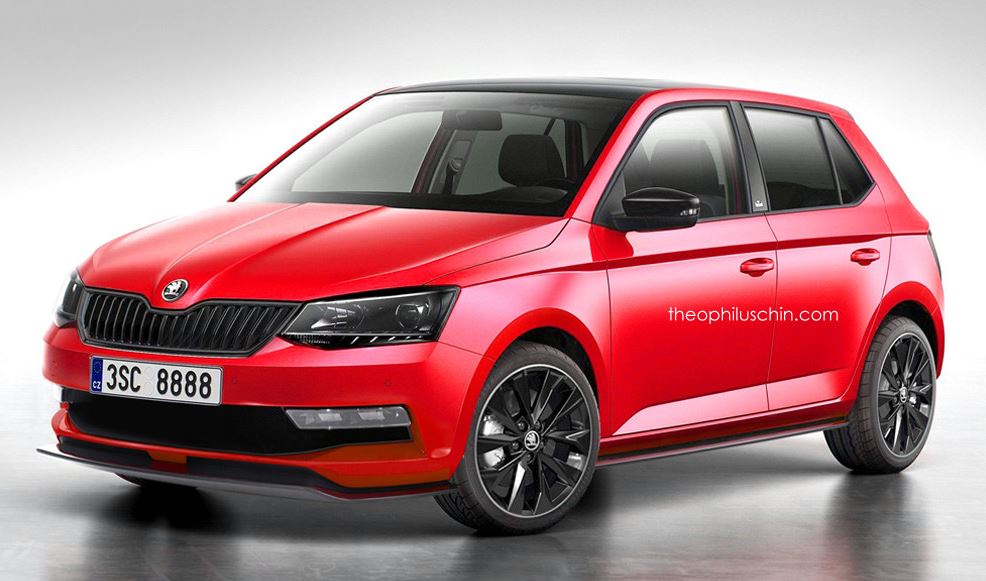 With the 2015 Skoda Fabia being launched just a few days ago, two renderings with the model coming up in the Monte Carlo design, have recently emerged on the web.

The two renderings are signed by the famous designer Theophilus Chin, which provided us with a closer look of the upcoming 2015 Skoda Fabia Monte Carlo model, which will be launched at the end of the year.

The hot 2015 Skoda Fabia Monte Carlo is said to come with a lot of tweaks, both at the exterior as well as inside, while under the hood, the model will keep the engine lineup from the standard Fabia model.

To be a reminder, the 2015 Skoda Fabia is standing on the company`s new PQ26 platform, also found on the new Polo.

The car weighs 65 kg less than the standard model, standing at only 980 kg in the entry level version.

The 2015 Skoda Fabia will be also powered by some diesel units, with the most commonly used, the 1.4-liter, to come with common rail direct injected unit, developing between 75 horsepower and 105 horsepower.