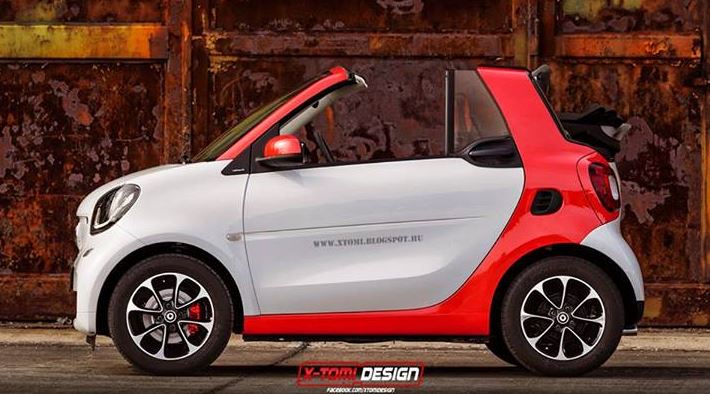 The Smart ForTwo Roadster version, based on the newly unveiled 2015 Smart ForTwo, was launched on the web in a rendering, signed by the famous X-Tomi Design.

Even if the model will never be created by Daimler, it was just a mere exercise on how the Smart ForTwo model would look like in a roadster version.

Talking about the 2015 Smart ForTwo, the model was designed along with its four-door sibling, in a partnership with Renault French automaker and since the latter will not come in a roadster version, neither will the ForTwo.

The 2015 Smart ForTwo is powered by two engines, namely a 0.9-liter turbocharged, developing 90 horsepower and 250 Nm of torque.

The higher 1.0-liter naturally aspirated engine, develops 71 horsepower and 91 Nm of torque, with the two units being hooked to a 5-speed manual or a 6-speed twinamic dual clutch transmission.

The 2015 Smart ForTwo model will be available starting from 11,000 Euros, while the bigger brother, the ForFour will cost around 11,600.