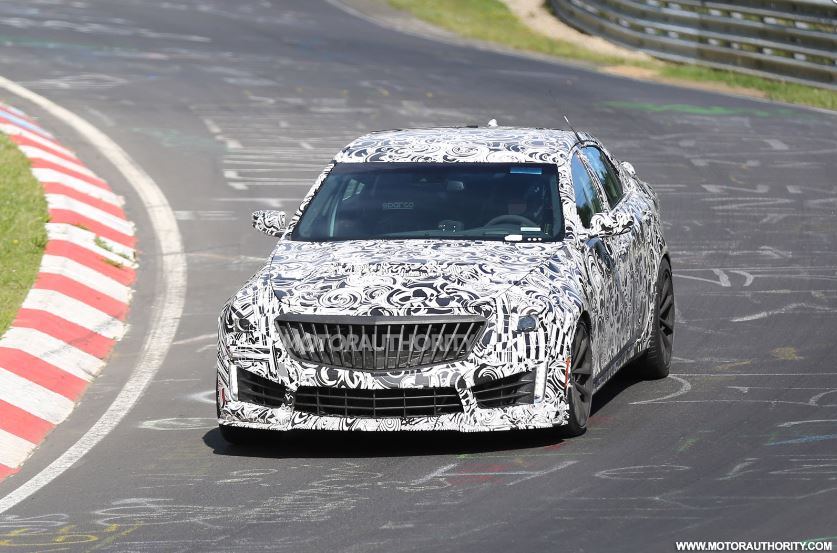 It seems that the Cadillac North American carmaker is fortifying its car lineup, as the 2016 CTS-V high-end model was recently caught on shots. The model is rumored to be launched at the 2015 NAIAS, in Detroit next January and will compete against Lexus GS F.

As seen in the shots, the test mule is already in its final testing stage, wearing a heavy camouflage, but at a closer look, we can still depict some interesting changes that will make it stand out from the crowd.

First off, the 2016 Cadillac CTS-V model will come with a vented hood, mesh-pattern grille, larger exhaust tips and much more.

The 2016 CTS-C will also come with a lot of power under the hood, meaning that it will pack the 6.2-liter V8 supercharged unit, also found on the 2015 Chevrolet Corvette Z06, and developing 640 horsepower.

The 2016 Cadillac CTS-V will join the company`s club, as it will stand side-by-side with the recently unveiled ATS-C sedan and coupe, at the 2014 Los Angeles Auto Show.