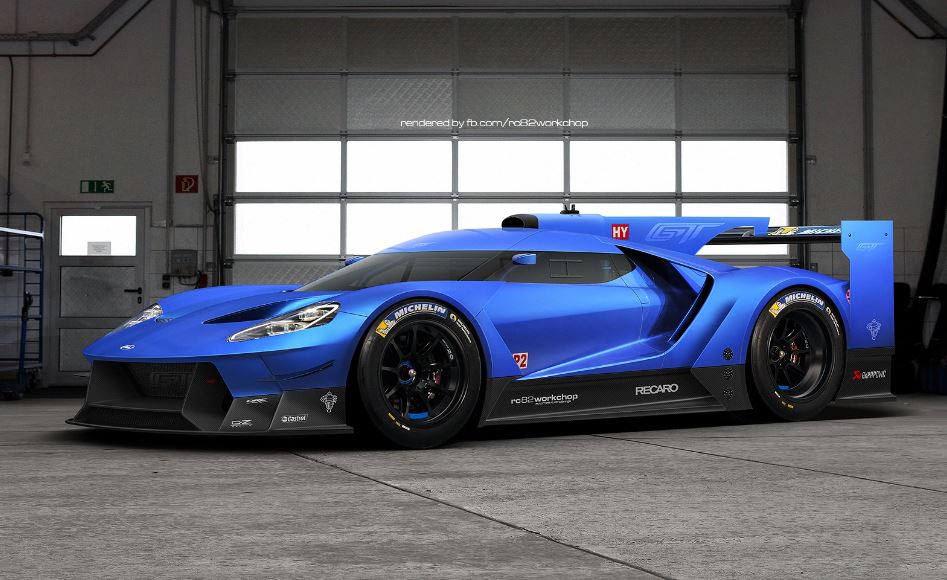 The long-expected 2016 Ford GT unveiled at the 2015 NAIAS, in Detroit, last month, is now ending up in our news again, this time the hot sports car wearing a Le Mans body kit. We are not sure that the North American carmaker is planning such a model, but I have to admit that the rendering is looking quite good.

The rendering with the 2016 Ford GT Le Mans racer is signed by rc82workshop and is providing us a closer look at the Le Mans racer version. One could depict the revised front apron, fresh side skirts, while at the rear, the model is coming with wider wing and fenders, revised diffuser, all complemented by the larger racing wheels as well.

The 2016 Ford GT launched in Detroit, last January is coming with a different and bold approach, asides the usual GT models from Ford. As expected, Ford has made a lot of progress in terms of visuals, now adopting an evolutionary body language.

The 2016 Ford GT is also coming with impressive power under the hood, as it is fitted with a V6 twin turbo unit, developing an impressive 600 horsepower and hooked to a 7-speed dual clutch transmission. More details with the performance will be announced later on, closer to the sports car`s launch on the production line.