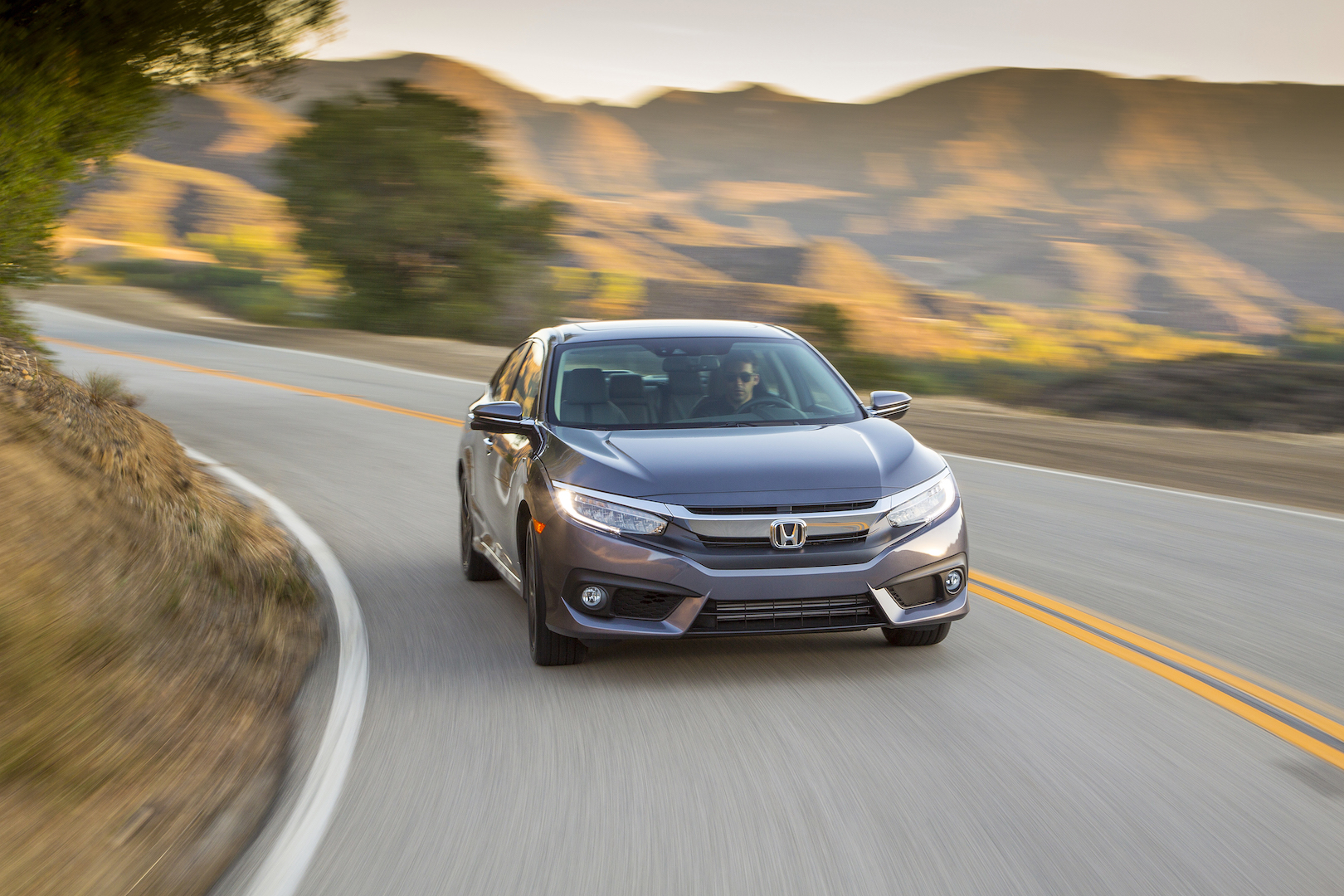 The 2016 Honda Civic Sedan has already reached its U.S. dealerships, the cheapest LX version costing $19,475, while the Touring is available from $27,335, both adding the $835 destination fees.

The 2016 Honda Civic Sedan is based on the company`s newest platform, with a 25 percent improved torsional rigidity, which makes it easier than any other Civic model. The model is also 2 inches wider and 1 inch lower, providing thus a bigger cabin.

Additionally, the carmaker has also fitted the new Civic Sedan with a new and lowered suspension system, revised MacPherson struts at the front, multi-link rear setup, all allowing the model with a lower gravity center which improve its handling and ride.

Inside, the cabin has received slight changes, like the single-cluster design, folding seats for the EX version, seven-inch touchscreen display, smartphone connectivity for Apple or Android.

In the engine department, the 2016 Honda Civic Sedan is available with the engines, the base 2.0-liter four-cylinder, developing 158 horsepower and 187 Nm of torque, as well as the more powerful 1.5-liter four-cylinder, with 174 horsepower and 220 Nm of torque, both model coming with a CVT gearbox. The later engine is set to be the most fuel-efficient, burning out just 31/42 mpg city/highway.