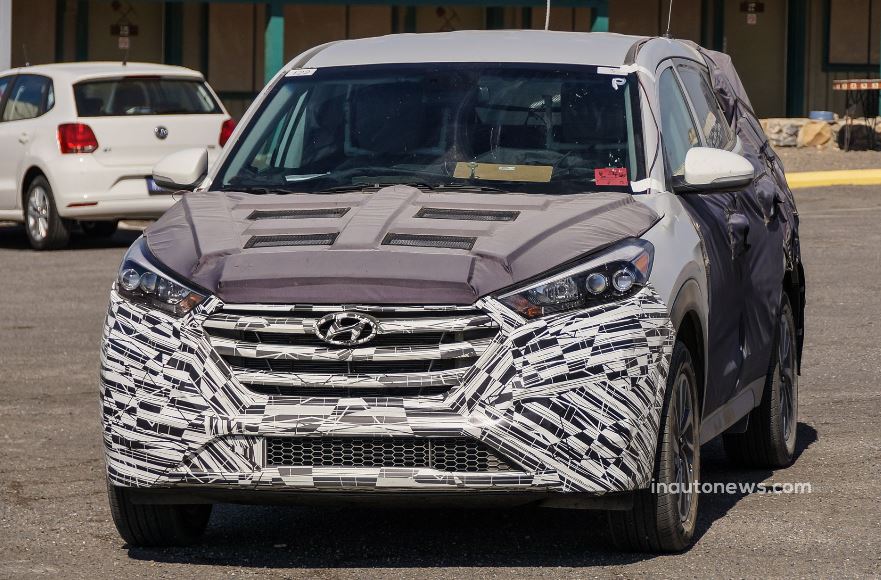 The South Korean based automaker Kia, has recently sent the 2016 ix35 model on some road tests, the model also being caught on shots for the very first time, by spy photographers from Inautonews publication.

The 2016 Hyundai ix35 caught on shots reveals some interesting features that it will come with, also reflected by the heavy camouflage that the model is wearing.

We are actually talking about a new generation Hyundai ix35, the model coming with a revolutionary and also evolutionary body style, being completely different than the present one.

Apart from interesting features at the body or inside, the 2016 Hyundai ix35 is also said to come with some upgraded power under the hood, like a choice of petrol burners, developing between 140 horsepower and 170 horsepower.

Alongside the petrol units, the company will also power the new Hyundai ix35 with turbo diesels, putting out somewhere between 116 horsepower and 184 horsepower.

What is also interesting and few of us knew, is that the 2016 Hyundai ix35 will also tweak fuel-cell technology, but we should find out more next year, as the model is expecting its debut at the 2015 Frankfurt Motor Show.