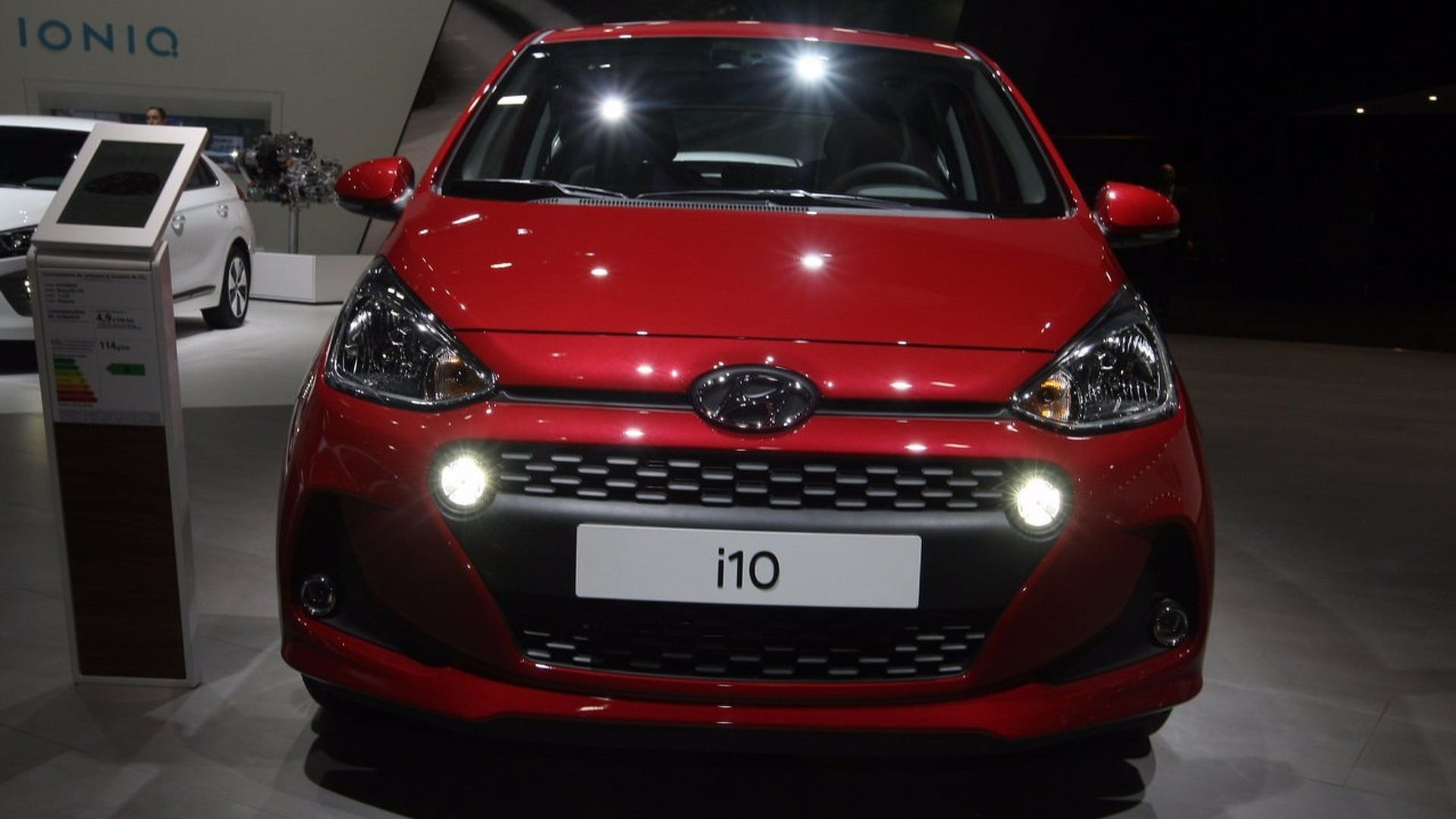 Amongst Hyundai`s lineup being displayed at the 2016 Paris Motor Show was also the all-new small-sized 2017 i10 model, all wrapped in a red colour and ready to join the segment along the Skoda Citigo or Seat Mii.

Even if it doesn’t look like a high-end model, it is a city car and comes fully tweaked with plenty of features at the exterior as well as inside. Not to mention to new safety gizmos that are aimed to prevent crashes on the road.

From a visual standpoint, the 2017 Hyundai i10 comes with the new “cascading” front grille with circular LED daytime running lights, along with custom rear bumper and taillights, as well as the 14-inch alloy wheels which are now made of steel.

Inside, the cabin is also visibly changed, the carmaker fitting the all-new infotainment system with Android Auto and Apple CarPlay connectivity, adding other important characteristics like real-time traffic conditions, online services, all part of a free seven-year subscription package.

As aforementioned, the new i10 also features safety features that are meant to prevent crashes on the road. It is about the new Front Collision Warning System with front camera sensors which detects potential collisions on the road and automatically alerts the driver. Other important updates also refer to Lane Departure Warning System, which sends an auto warning whenever the driver is engaged in unsafe maneuvers at high speeds.

In the engine department, the 2017 Hyundai i10 has been specially equipped with frugal engines, otherwise perfect for city roads, including a 1.0-liter turbo engine with a good 100 horsepower and 120 horsepower, respectively. The carmaker is also adding the 1.0- and the 1.25-liter with a five-speed manual, followed by the 1.0-liter i10 BlueDrive, which is the same one found on the current model.