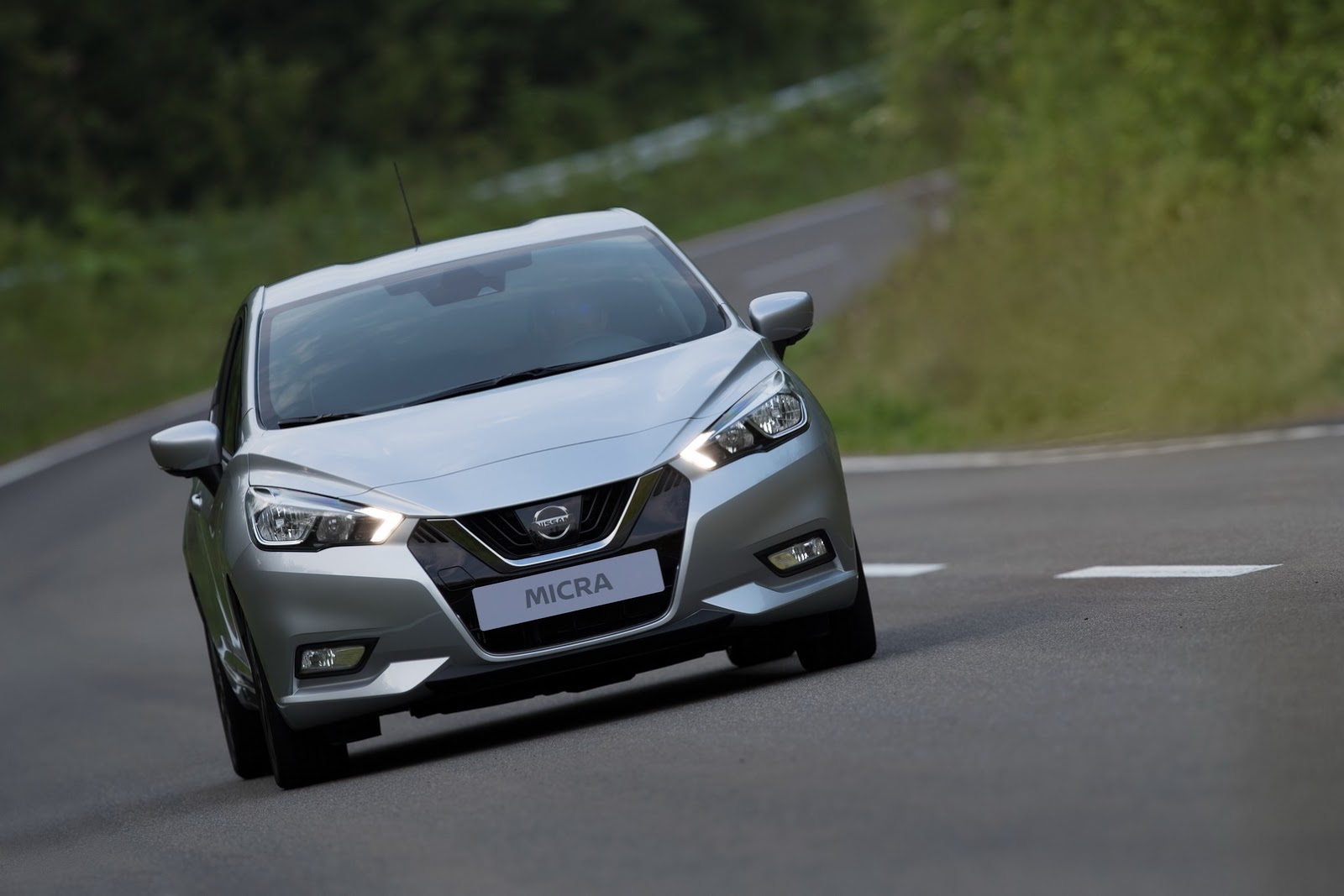 Nissan Japanese carmaker is present at the 2016 Paris Motor Show with the lovely 2017 Micra, the model being officially presented in its full fifth-gen clothing and interesting safety features.

The all-new 2017 Nissan Micra looks almost completely new and now adds the latest safety features and gadgetry inside. The model was officially introduced by no other than Carlos Ghosn, CEO at Nissan Motor Company:

“When the first Micra appeared more than 30 years ago, it marked a revolution in the small hatchback segment and opened a new chapter for Nissan. The fifth generation Micra is just as revolutionary, and will raise expectations for what a hatchback can, and should, deliver to its customers. Following in the wheel tracks of distinctive cars like Qashqai and Juke, the latest Micra reinforces Nissan’s position as a leader in automotive design. It also shows our intent to compete right at the top of Europe’s B-segment market – the largest and most competitive B-segment market in the world.”

From a visual standpoint, the all-new Micra looks incredibly smart yet aggressive with sharp design lines highlighted by the V-motion grille, floating roof, boomerang-like lights, the C-pillars which hides the rear door handles, or integrated spoiler in the extended roofline. All of these are the carmaker`s latest signature in terms of design.

In the engine department, the all-new 2017 Nissan Micra packs a 0.9-liter turbo flat-three petrol engine or a higher 1.5-liter diesel, with 90 horsepower on both configurations. The carmaker will also introduce a 1.0-liter naturally-aspirated petrol engine with 73 horsepower.