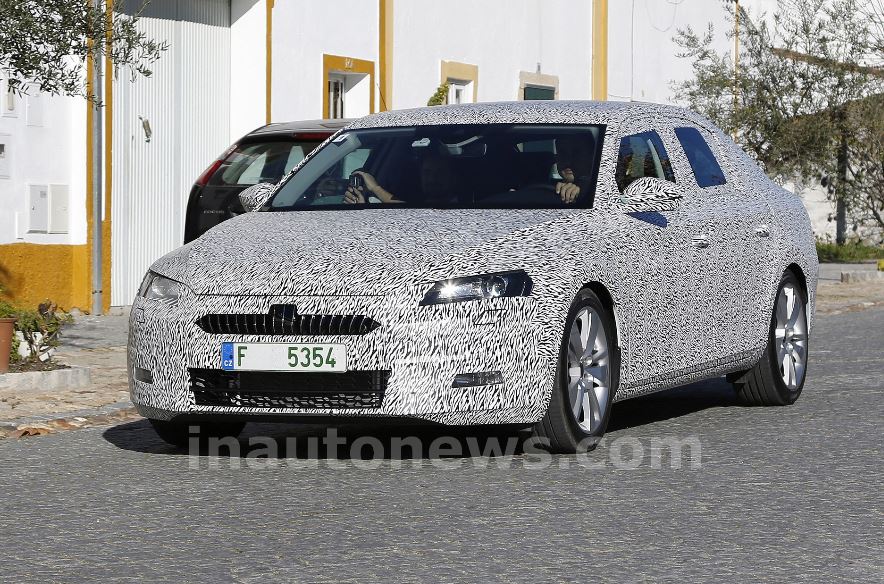 The Volkswagen Group`s subsidiary Skoda is apparently working on the upcoming Super model, as it was recently caught on shots by spy photographers from Inautonews online auto publication.

The test mule is wearing some heavy camouflage, meaning that it will tweak a lot of goodies, and if everything goes according as planned, we might see the final version being unveiled next year, at the 2015 Geneva Motor Show.

There aren`t many details with the 2016 Skoda Superb in terms of visuals, but judging by the spy shots, the model will come with a longer wheelbase and will ride on the company`s newest MQB platform, which is also shared with the Passat model.

As for the engine lineup, the 2016 Skoda Superb is rumored to come with a 1.4-liter four-cylinder petrol unit, developing 125 horsepower.

Other engines include the higher 1.8-liter gasoline, the 1.6- as well as the 2.0-liter, with output between 120 horsepower and 190 horsepower.

More details will be announced next year at hte Geneva, or in summer when the model will officially reach dealerships worldwide.