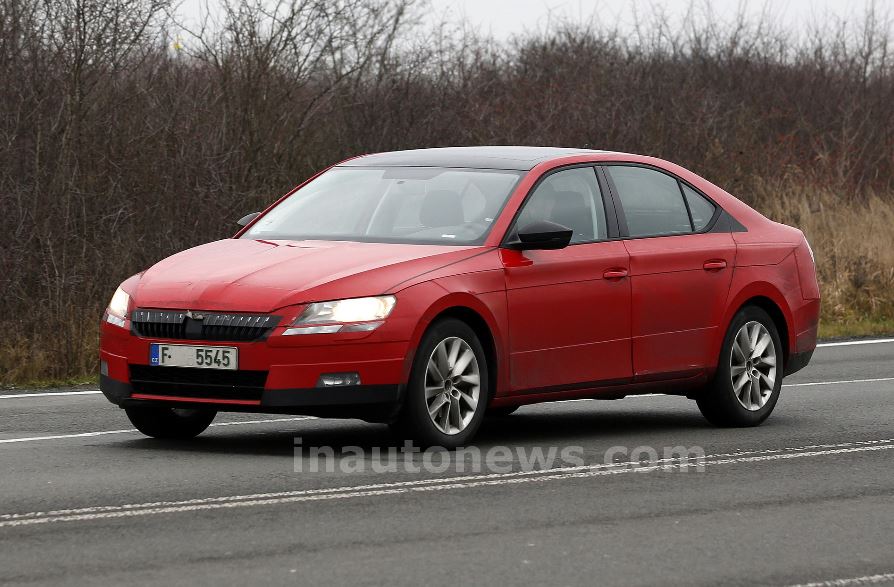 The new-gen Skoda Superb has been recently seen on the streets and shot down by spy photographers from Inautonews online publication, this time the test mule wearing a slight camouflage, which is an indication that the model will soon be heading towards the production line, remaining to be officially launched next year in Geneva or Frankfurt.

Slowly but surely, the 2016 Skoda Superb can now reveal its true identity in terms of visuals, standing on the MQB platform and borrowing some design lines from the Volkswagen Passat.

Under the hood, the 2016 Skoda Superb will be fitted with an interesting engine lineup, while a hybrid version will shortly follow.

The model will receive a 1.4-liter as well as a 2.0-liter unit, the latter one developing between 120 horsepower and 280 horsepower.

As aforementioned, a hybrid version will also set in, consisting of a 1.4-liter TSI which is hooked to an electric motor, that would develop an overal 218 horsepower.