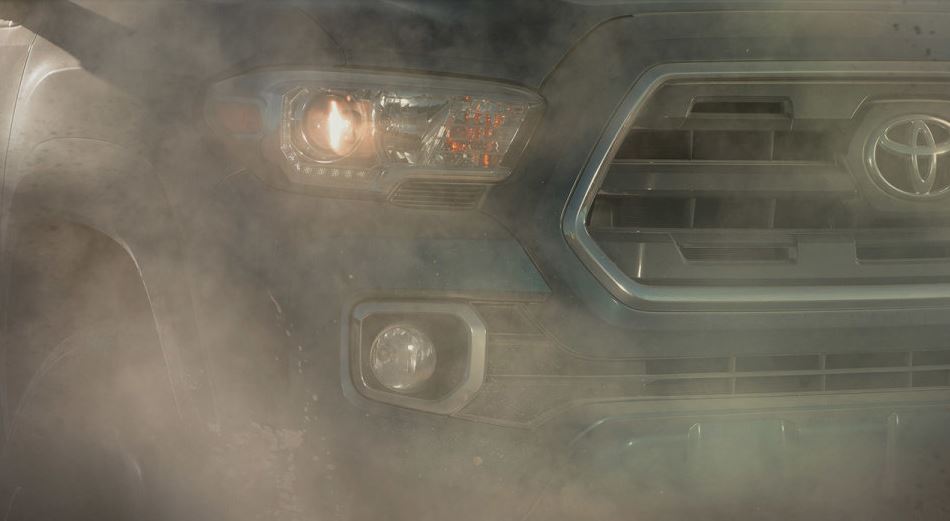 The Toyota Japanese carmaker has recently launched two teaser images with the upcoming 2016 Tacoma pickup truck, which will be officialy unveiled at the 2015 NAIAS, in Detroit, next month.

The two teasers are showcasing the front fascia as well as the rear end of the 2016 Toyota Tacoma. But the model will have more than a trapezoidal grille and LED headlights, it will also come with extended flender flares ot sculpted hood.

More body style features include vertical taillights, a body-color rear bumper, as well as the shaped tailgate with the Tacoma inscription.

Inside, the 2016 Toyota Tacoma will come with a lot of safety features, which will make it more secure and safe on the streets, while under the hood, the midsize pickup truck will also come with improved performance.

Toyota is very succesful in the United States, as it registered the best sales for the last ten years, in the midsize pickup segment.