2017 Audi Q2 Reaches Australia in the Back of a Truck 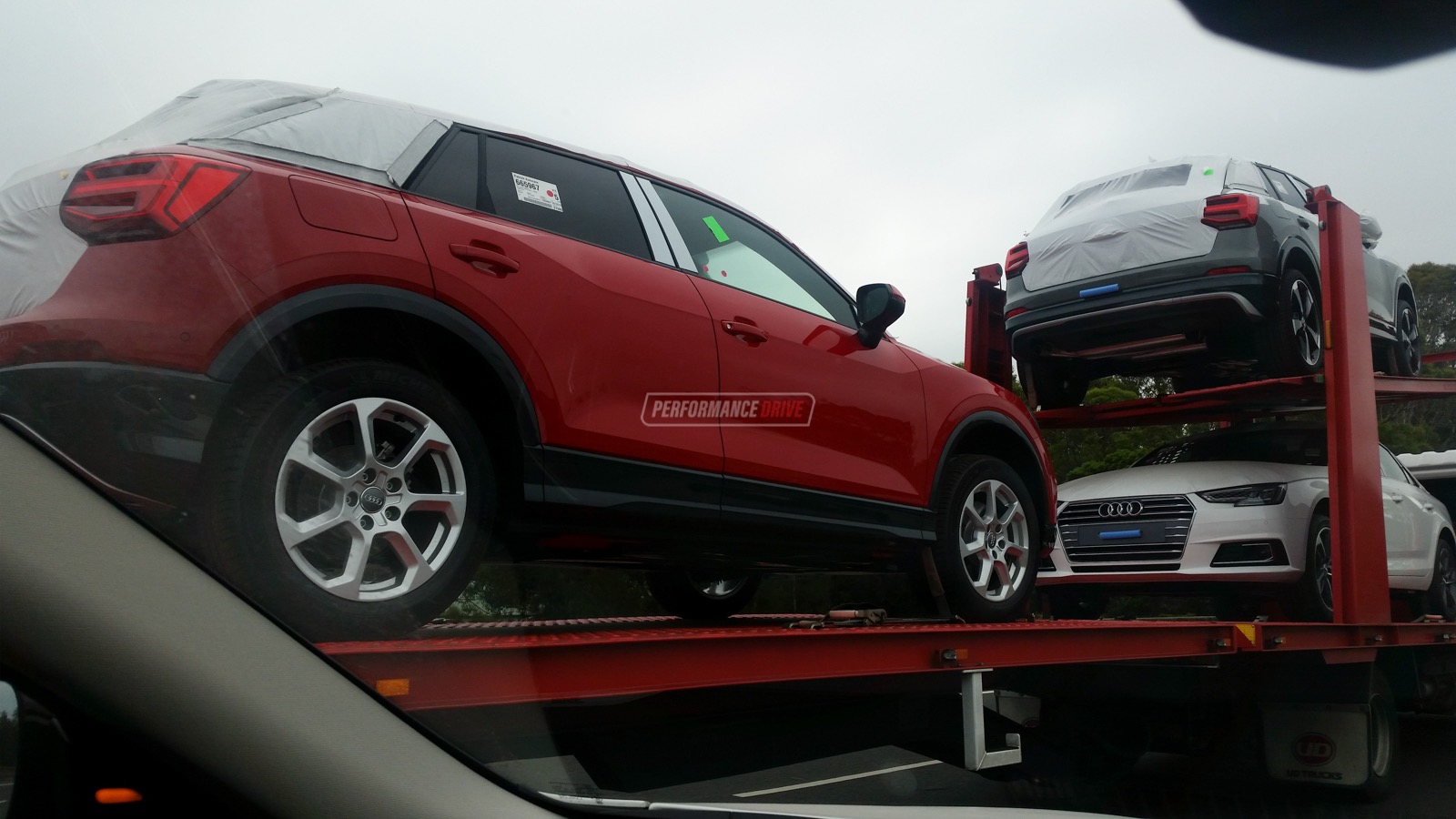 Thanks to Aussie Performance Drive auto magazine we know have the first batch of photos with the all-new 2017 Audi Q2 compact SUV reaching the shores of Australia in the back of a truck.

Even if the new compact was officially presented to Australians, back in August at Hamilton Island, the model is going to be officially announced in Australian dealerships starting next month, with full prices and specifications to be revealed around that period.

According to Audi Australia, the 2017 Audi Q2 will come with a starting price of AUD 41,000 in the entry-level version and could reach AUD 50,000 in the top variant.

There are not much details concerning the Q2`s styling or interior so far, even so, the model is seto to come with an evolutionary design and new styling bits, which will make it extremely aggressive and appealing.

Inside, the interior is also expected to be high-end and extremely sporty, especially since the model is aimed ”specifically for young customers,”, as Professor Rupert Stadler, Audi AG CEO, commented in an interview back in August.

This means that it will incorporate the plethora of the company`s new gadgetries and technology, like Audi`s new Virtual cockpit, Head-Up Display, the latest MMI infotainment system with Google Earth and Google maps.

In the engine department, the all-new 2017 Audi Q2 will be available in two main engines, like the 1.4-liter TFSI with a front-wheel drive, and a 2.0-liter TDI diesel, with the company`s new quattro all-wheel drive configuration.
Once arring in Australian dealerships, the 2017 Audi Q2 will be extremely competitive against the likes from BMW X1 or Mercedes-Benz GLA.