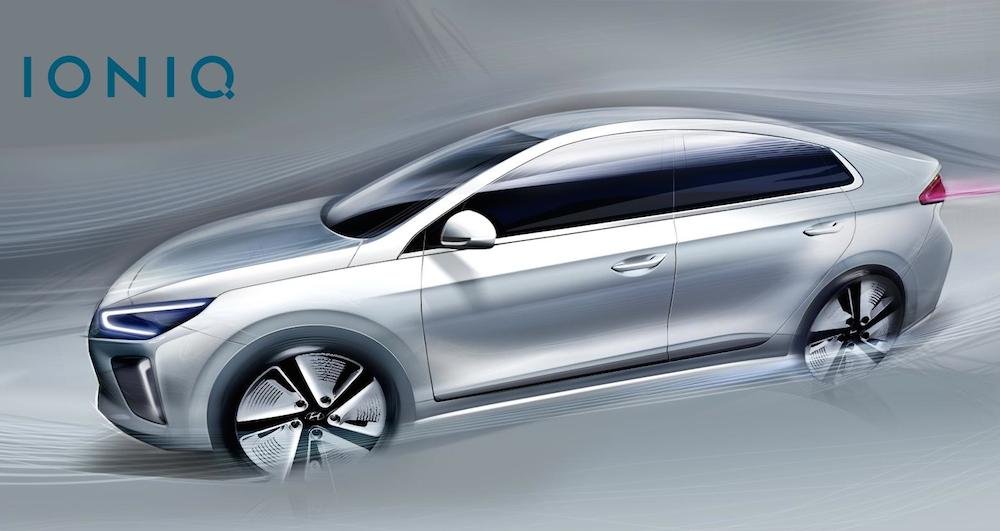 Following a teaser image and some unofficial information revealed about a week ago, the Hyundai IONIQ is back into our spotlights again, this time the South Korean based carmaker revealing the first renderings with the hybrid model.

The model will debut next year as a 2017 YM, its name IONIQ deriving from words like ion, electrically-charged atom or unique, the model presuming setting the paces for a highly effective hybrid model.

The carmaker explains better the name: “an ion is an electrically-charged atom, linking to the car’s clever combination of electrified powertrains”, the second part of the name references “the unique offering it brings to the Hyundai range”, while the Q is “acknowledging the fresh new approach of this advanced, low-emission model.”

The renderings reveal almost the same body style as the teaser image, the model coming as a five-door hatchback and sleek design.

The full-electric version will also be powered by an ultra-efficient lithium ion-battery, the PHEV will use the fuel-efficient energy with the battery, while the HEV`s power will be generated by gasoline and the on-board battery, which charges while the car is on the move.

Rumors also have it that the Hyundai IONIQ would be present at the 2016 CES in Las Vegas, next January, with full details to be revealed at that time.