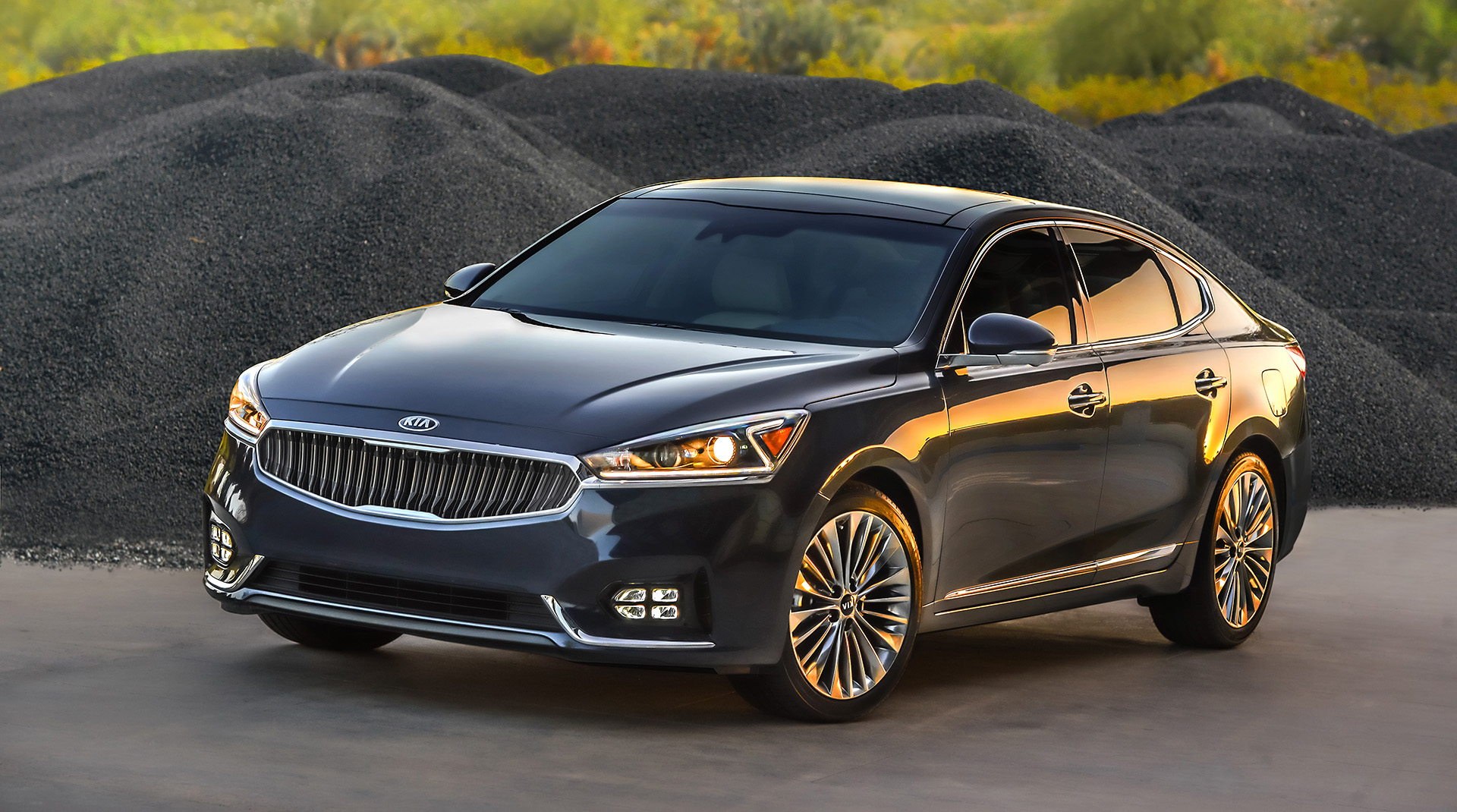 The luxurious Korean sedan is at its second generation. Now, thanks to the revised powertrain and new technologies, is even more refined than before.

It is designed in California, for a totally American-oriented aspect. The “simplicity of the straight line” design philosophy is meant to cheat the real size of the body, in order to create a sleek design. It is completed by the new lights, in form of the Z letter, ready to enhance the car’s presence during the day and the night. Onboard, there are new, more exclusive materials used, while the dashboard surfaces are paired using real stitching. The interior color scheme has also been upgraded with the new, dark-brown color-mix, which joins the previous three possible combinations. The driver’s seat is now lower and offers an extended surface and a new extension mechanism. It’s now easier to find the perfect, position behind the wheel, while the new evenly-distributed seat heating elements ensure the best experience ever.

There’s also a new body frame, using more than 50% high strength steels, almost double than the outgoing version. Combined with the driver’s knee airbag, which raises the total number to nine, it’s meant to help the Cadenza obtain the five stars from the NHTSA. More, it helps the body raise its structural stiffness by over 35 percent, for an improved driving dynamics. Under the hood there’s a retuned, more fuel-efficient version of the old engine. It’s estimated to develop around 290 hp from 3.3 liter displacement and it spins the front wheels via an eight-speed automatic transmission. The engineers tested the powertrain at full load and power for 41 consecutive days, proving its super-reliability.