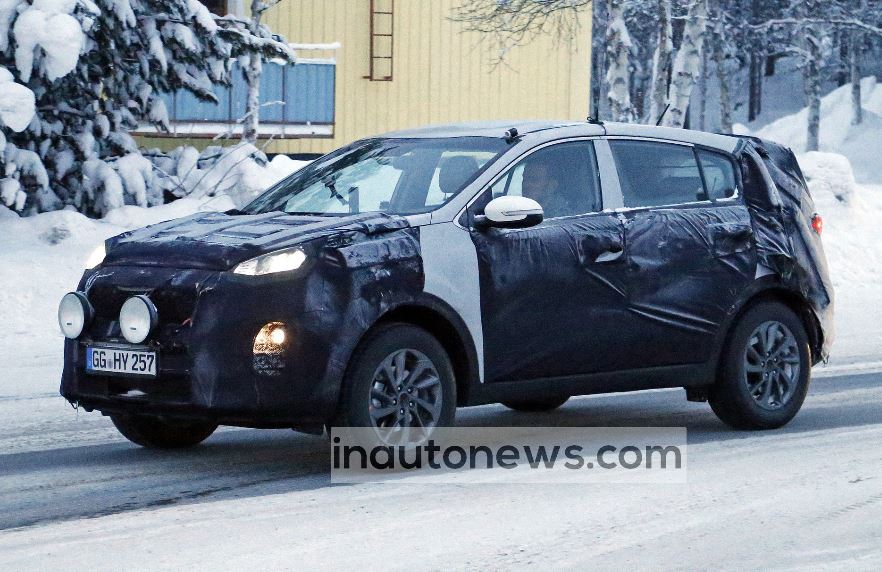 A lot of carmakers are sending their test mules at the Arctic Circle for some rough tests, before preparing them for the final launch. It is also the case of the Kia carmaker, which has sent the upcoming Kia Sportage model for some heavy testing.

The 2017 Kia Sportage was caught on shots by the spy photographers from Inautonews online car magazine, the model being spotted with heavy camouflage at the front and rear end, as well as on the sides.

This means that the 2017 Kia Sportage will come with some interesting changes at the body, like new headlights, a 3D front grille Tiger nose-styling, LED headlights at the rear, revised bumpers, and a few more to make it different from the present version.

Almost everything is changed on the 2017 Kia Sportage, including inside, where the cabin will be fresh as well, being fitted with high-end materials, new high-tech gizmos, reshaped dashboard and more.

Under the hood, the 2017 Kia Sportage will use the new engine lineup, consisting of the 1.6-liter CRDi engine, with 136 horsepower, and followed by others, like the 1.2-liter T-GDI, or the higher 2.0-liter T-GDI, with power between 132 HP and 245 HP. All versions will be hooked to a 7-speed dual-clutch transmission.