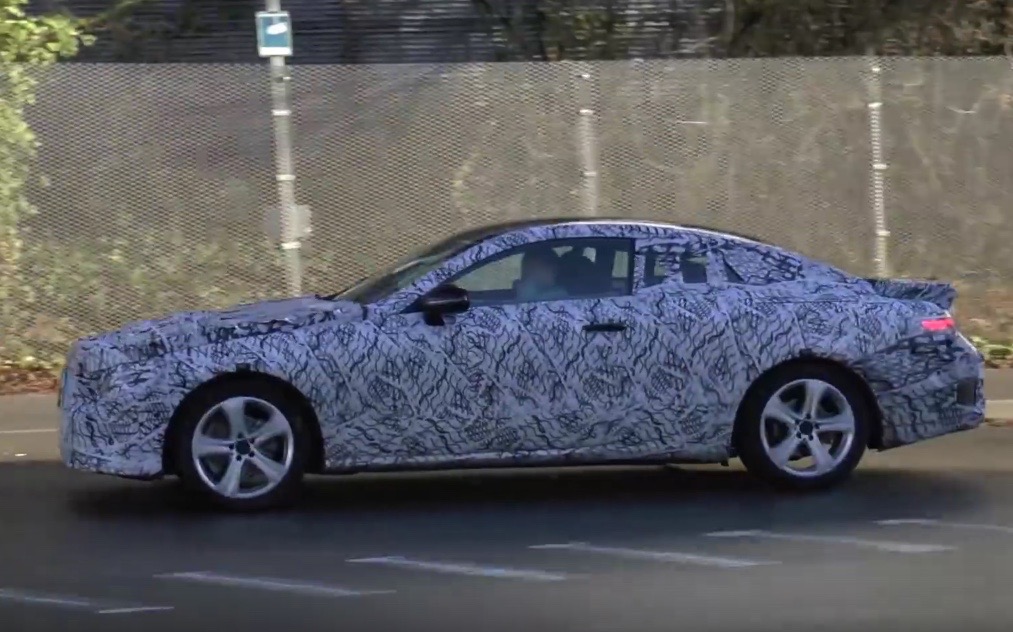 The Mercedes-Benz E-Class was recently launched at the 2016 NAIAS, in Detroit but the carmaker is already preparing the Coupe version for an official release, next year.

The real proof of the upcoming 2017 E-Class Coupe is the spy video below, which showcases the model carrying out some tests fully camouflaged. The test mule is undergoing some heavy tests and might suffer design changes along the way, so what we see here might be just a baby playing on the streets.

As we can depict from the spy video, the test mule is wearing a new design with rounded headlights, or smoother panels.

We should also expect new headlights, LED taillights, or a two- and three-tier front grille layouts. As expected, the carmaker will also launch a hardcore AMG version, with some slight makeovers on the body, presuming fully tweaked with an aggressive kit, wider rims, custom side skirts and updated rear diffuser.

As for the engine under the hood, the AMG version might come with a powerful 4.0-liter twin-turbo V8 mile, with more than 270 kW.

Unfortunately, the performance details and other pieces of information are rather scarce at the moment, but we should expect more details in the upcoming period, meanwhile, enjoy the spy video with the 2017 Mercedes-Benz E-Class Coupe undergoing road tests!