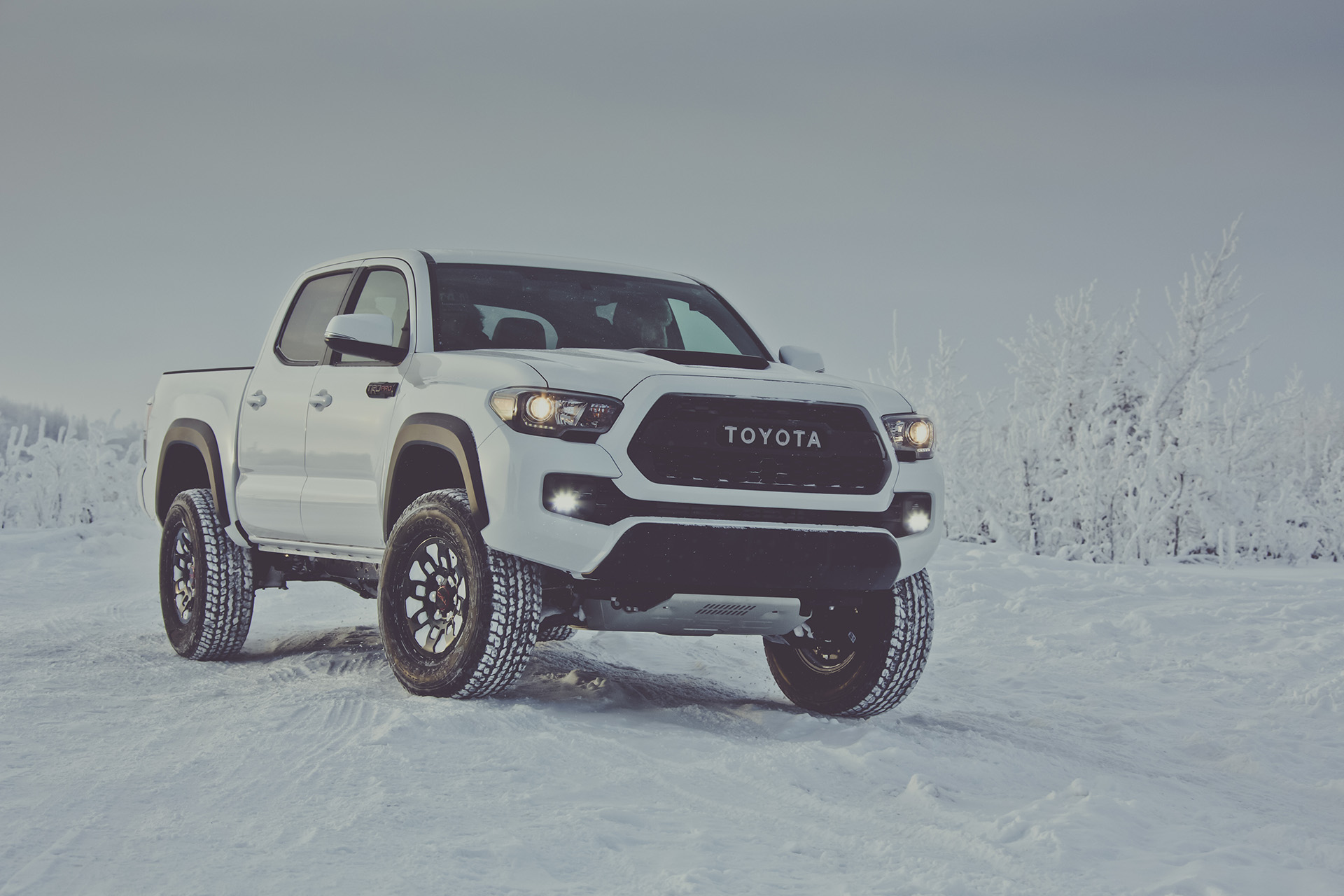 For most of us , Tacoma is a very capable off-roader, able to go further than most drivers would take it. But there are some adventurers who think that this truck can do better. For those, Toyota made Tacoma TRD Pro.

There are two years already since Toyota started the TRD Pro story, transforming the Tacoma, Tundra and 4Runner in off-road monsters. The whole program was based on the experience they accumulated in Baja off-road endurance competition. This fall, Toyota will reveal the 2017 Tacoma TRD Pro, which will meet again its two brothers in the TRD family. This second TRD Pro generation has a mixture of features and equipment that allow it to become a benchmark regarding the off-road capabilities.

It can be equipped with a manual or automatic transmission, both with 6 speeds which will send the power to the mud and snow via 16 inch TRD black Alloy wheels with reinforced Goodyear All-Terrain Kevlar tires. The TRD Pro front skid plate is aluminum made, for good protection and light weight. Other exterior features include LED fog lights, headlights and taillights with black bezel and TRD Pro badges on the front doors and tailgate.There are three colors available for paint: Barcelona Red Metallic, Cement and Super White.

Onboard, the black leather upholstery, the shift knob and the floor mats are personalized with TRD Pro logo. There’s also an multimedia system, including Entune Premium Audio with Navi and App Suite. There’s even a Go Pro mount on the windshield, for the truly adventurers who want to share their trips with the friends. It is equipped with the 3.5 l diesel engine, so nothing new here.

However, regarding the suspension, there’s not much left from the original model: new internal by-pass shock absorbers, 1 inch lifted front springs and rear suspension with progressive rate off-road leaf springs, all of them tuned by Toyota Racing Development. Useless to say, the 4WD system includes automatic limited sleep differential and rear locking differential, both electronically controlled. The Tacoma TRD Pro will be assembled at Toyota plant, in San Antonio.