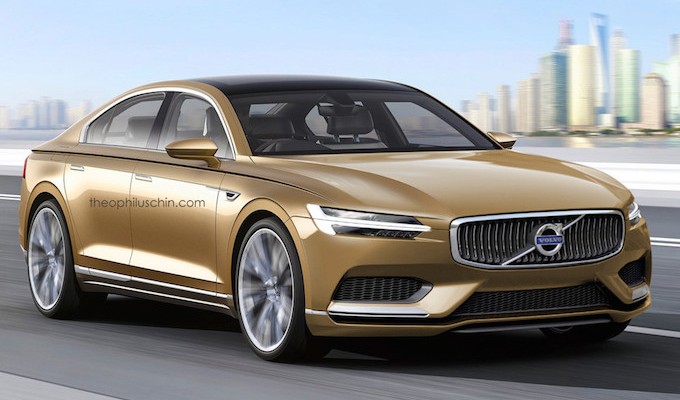 The Volvo Swedish carmaker is presently testing the upcoming Volvo S90, which will be launched on the market as a 2017 year model. The model in question has been also spotted in a video, while being tested in a heavy camouflage.

The test mule with the upcoming 2017 Volvo S90 is actually the official replacement of the S80 and will come as a high-end model, completing thus the carmaker`s flagship lineup. Most interestingly, the 2017 Volvo S90 will share some elements with other models, like the XC90, including design and powertrain under the hood.

The camouflage also retains the new body elements, translated through the C-pillar which hides the rear window, or other clues that would make it different yet common to other models. More than that, the 2017 Volvo S90 will underpin the company`s new SPA platform, revolutionary in its sense and also seen on other high-end models which are in testing as well, like the S60, V60, XC60 or the V90.

Concerning the powertrain under the hood, we should expect the 2017 Volvo S90 coming with the T6 and T8 versions, at least in the United States. These are mostly taken from the XC90, including a plug-in hibrid version, which would develop around 400 horsepower. Enjoy the video!