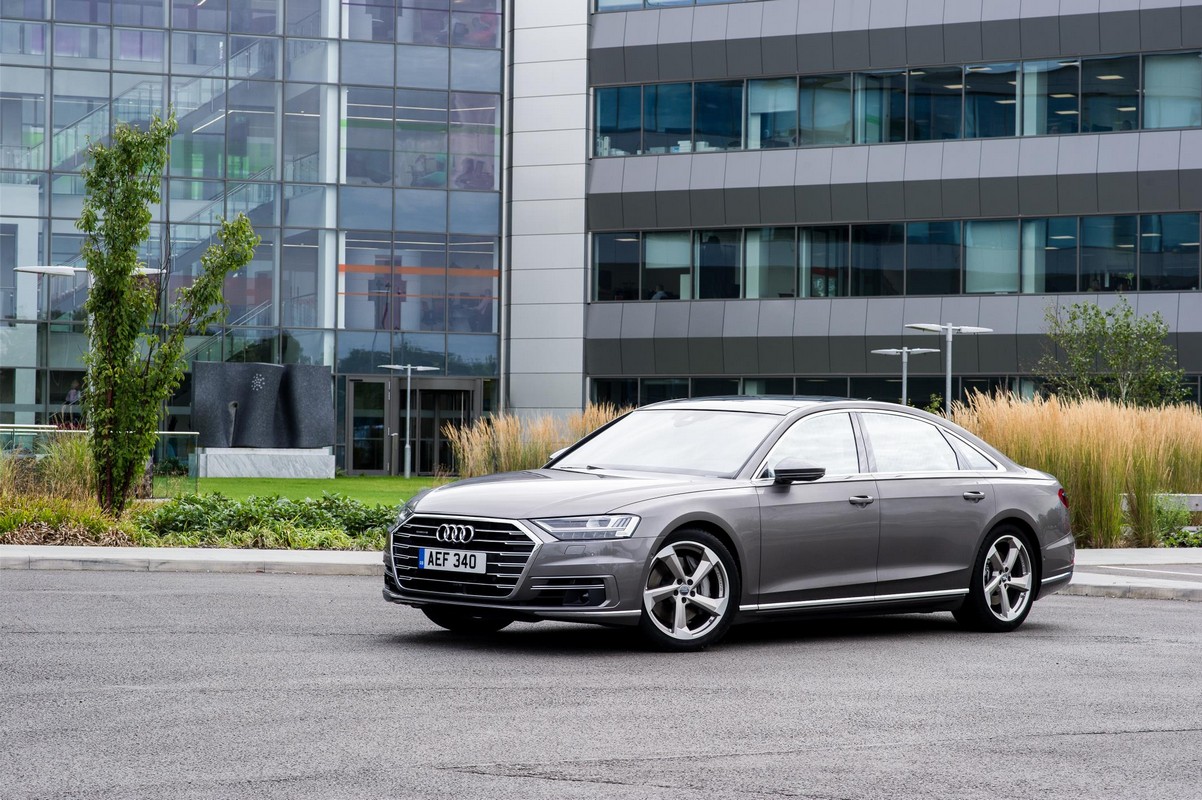 There is no doubt that Audi`s latest creation, the 2018 A8 lineup, is one of the best things that could happen to the German based carmaker. We are looking here at one of the most luxurious, evolutionary in design, high-class and extremely powerful model ever built by Audi.

Those living in the United Kingdom will now have the chance of getting their hands on the model for at least £69,100, quite cheap from where I stand. However, for this price, you get the latest safety gizmos, high-tech gizmos and sheer power.

As for the luxurious feel inside, the cabin makes you feel like a real king, thanks to the Valcona leather, a feeling that is increased by the plethora of technological suite – Audi`s latest fully-digital Virtual Cockpit, high-definition colour head-up display, Audi Conect services with internet connectivity, MMI Navigation Plus and Audi Phonebox wireless smartphone charging.

Performance wise, the new 2018 A8 comes with a 3.0-liter TFSI V6 petrol engine, developing 340 horsepower, while the 3.0-liter TDI V6 mill outputs 300 horsepower. Two more engines will join the lineup – a 4.0-liter V8 TDI with 435 horsepower, as well as a massive 6.0-liter W12 petrol, with power to be announced at a later date. More than that, all engines will come with MHEV (mild hybrid electric vehicle).

The car`s wonderful design and splendid interior can be admired in the two videos released below by Audi carmaker. Do you like the new Audi A8 and the new technology it brings along? Please comment on that!