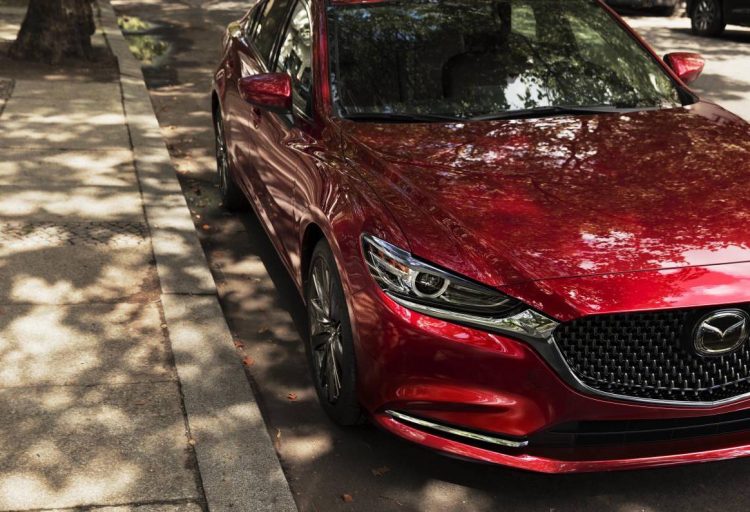 The final auto show of the year taking place in Los Angeles on November 30th, will gather plenty of manufacturers and their latest rides, yet will also announce their new arrivals for next year`s January NAIAS Show.

One of the carmakers present in Los Angeles is Mazda with its latest edition Mazda6, an exclusive ride with plenty of new technology and updated powertrain under the hood. The model was previewed today ahead the event and can be revealed in details below.

Mazda is well-known for its innovation in the technological area and the 2018 Mazda6 is no exception. It will be equipped with new safety features all part of i-ActiveSense safety pack, adding as well new adaptive cruise control system, 360-degree parking camera or cylinder-deactivation technology.

The car`s design has also suffered some modifications, the Japanese carmaker introducing the concept of “Mature Elegance” for the first time, meaning plenty of new and refined language lines at the exterior and high-quality materials inside the cabin. There is also the new Japanese Sen Wood trimming which redefines the concept of luxury.

One of the car`s major improvements is the new 2.5-liter turbo ‘SkyActiv-G’ flat-four cylinder, the very same found on the bigger CX-9 SUV, and now producing 170 kW and 420 Nm of torque.

As Mazda declares, the engine develops “torque on par with a 4-liter V8”, capable of impressive performance figures. Unfortunately, there are no news on that matter. However, the new engine should the perfect candidate against the likes of the Hyundai Sonata or Kia Optima, both coming with power up to 180 kW, or the Subaru Liberty with 191 kW, or the Ford Mondeo with around 177 kW.

Mazda will release full specs of the new 2018 Mazda6 in L.A. starting with November 29th. We will surely get back on that. Meanwhile, don’t forget to check out our up-to-date auto news!