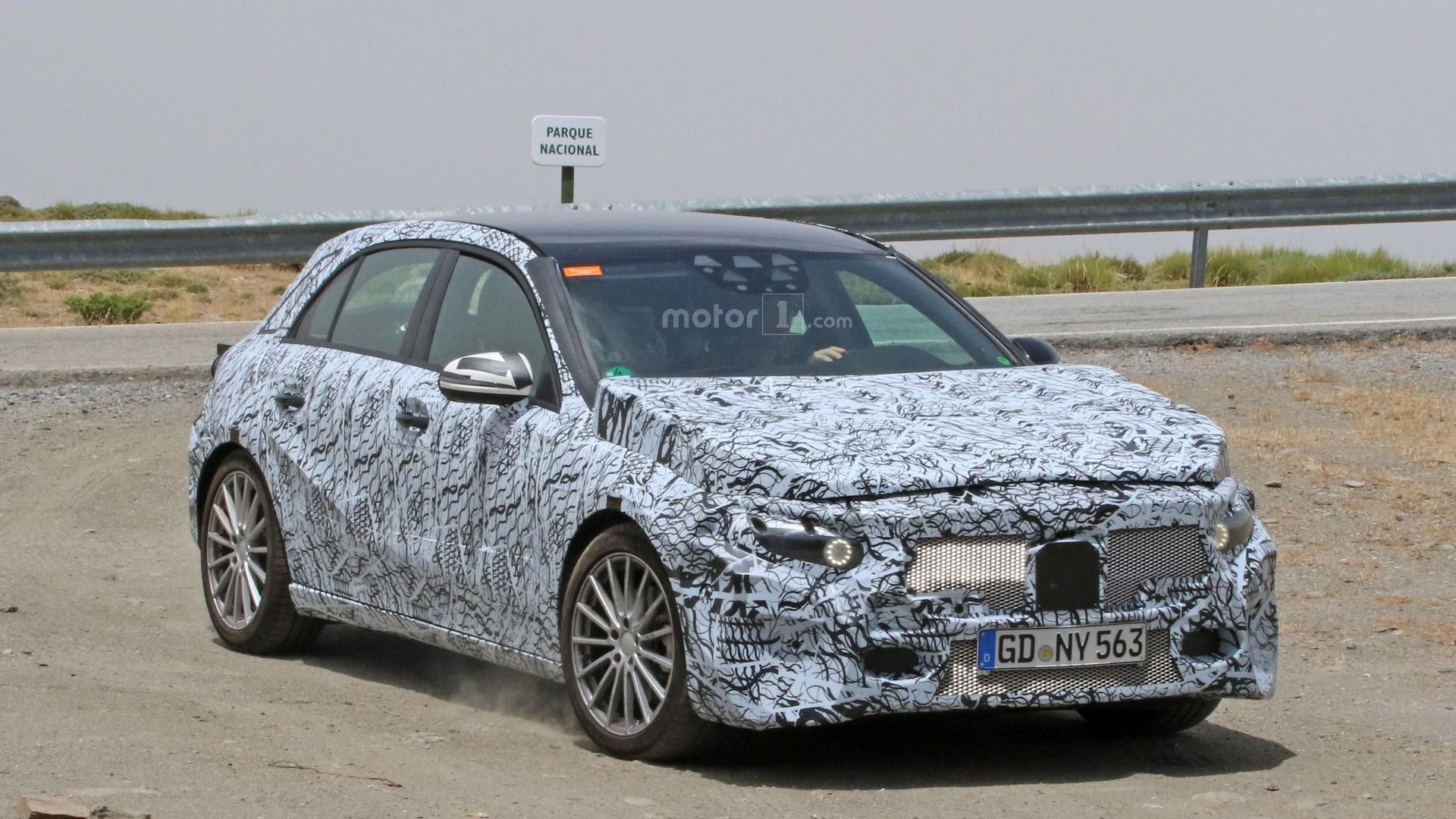 Today`s trend in the auto industry is building bigger, faster and extremely lightweight cars, and Mercedes-Benz is also one of the pioneers to adopt such a policy.

Smaller cars become bigger and higher-performance, attributes that will become obligatory for the all-new Mercedes-Benz A-Class as well, recently seen on shots while performing some tests on the track.

Coming as a 2018 YM, the all-new A-Class, codenamed for the moment W177, is believed to shed off some weight while becoming bigger in size, and that`s because of the new aluminum architecture, all master-plan of the carmaker`s newly-developed MFA2 platform.

The new MFA2 platform will improve the new A-Class`s rigidity and handling, leading to higher performance as well. Visually, the model will stand-out from the crowd with the elongated wheelbase, larger trunk, updated headlights and taillights, longer rear doors and fresh side mirrors. Surely, this is just a test mule which will suffer plenty of styling modifications until the final version will be released.

As we expect from a Mercedes-Benz, this young lad here will also feature the latest technology inside, the cabin boasting with the new digital instrument cluster and other gadgets. Underneath the skin, the new A-Class is also reported to pack a wide array of 1.6- and 2.0-liter petrol burners, followed by 1.5- and 2.0-liter diesels, all hooked to a standard six-speed manual or optional nine-speed automatic dual-clutch transmission.

We should see it for an official debut at the 2018 Geneva Motor Show, with the final specs and details revealed around its unveiling.