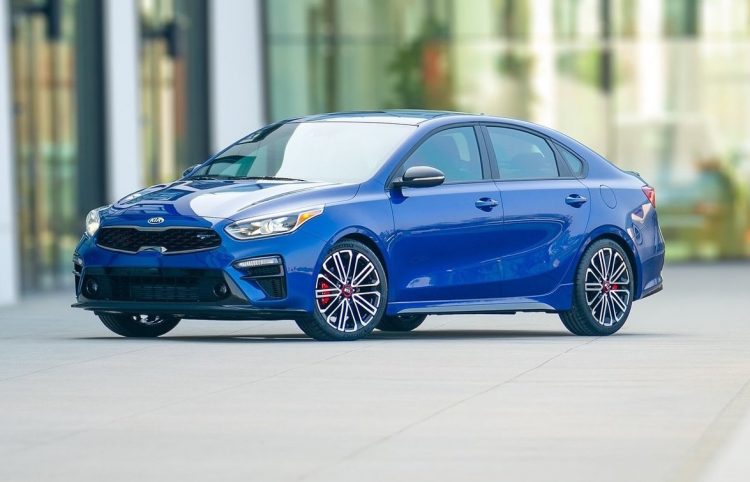 With the SEMA auto show in Las Vegas recently closing its gates, a lot of car manufacturers have presented their latest models that are getting ready to arrive on the American soil. One of them is Kia, the South Korean company displaying the one-off Forte GT, an exceptional sedan with sporty characteristics and plenty of power under the hood.

The new Kia will be available locally next year in three trim variants, each one coming with its own visual characteristics. For instance, the entry-level variant is equipped with some new enhancements from the top of the line GT-Line, like black front grille and air intakes, black rear spoiler and side skirts. There are also red features which provide a more aggressive look.

Mechanically, the new 2020 Kia Forte GT looks much sportier as well with the new suspension setup which increases its handling characteristics, along with bigger brakes and fully-independent front and rear ends with thicker sway bars which also improve cornering.

Under the hood, the brand-new Kia Forte GT has gained a new turbo engine, in the shape of a 2.0-liter naturally-aspirated four-cylinder pot, with 112 kW. However, there is also a much more powerful 1.6-liter turbo, also seen on the Serato of Forte, and which comes with 150 kW and 265 Nm of torque. The latter one is paired to a six-speed manual as standard. However, it also comes with an optional seven-speed dual-clutch and front-wheel drive.

Prices and other information regarding performance figures will be released at a later date, prior to its introduction in the United States.