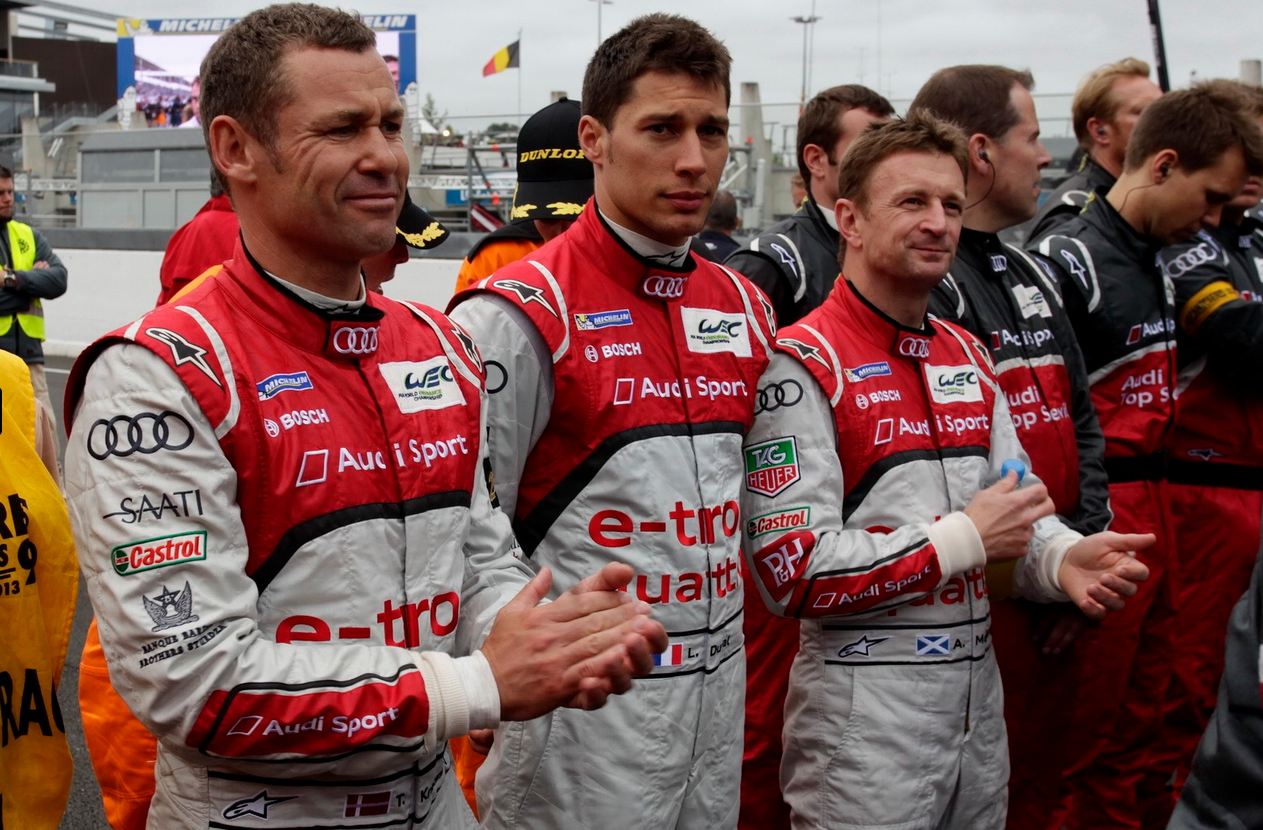 Shadowed by a tragic event – the death of the 34 years old driver of Aston Martin – Allan Simonsen, this year’s 24 hours Le Mans race has come to an end.

To those who still find the strength to be happy about anything during that competition, the results still pose a certain degree of interest.

For the 12th time, more or less expected, Audi takes the first place through its R18 E Tron Quatrro. The team behind the wheel consisted from Duval, Kristensen and McNish, the drivers who took the challenge starting with 9.43 pm their local time and ending it the next day at 3 pm.

If staying on top for twelve times at the 24 hours Le Mans seems little to you, we should specify that it happened 12 times in 14 years and that is, indeed a big achievement!

As expected, they all dedicated their victories to the memory of Allan Simonsen, who brought the tragedy into a race already difficult because of all the bad weather.