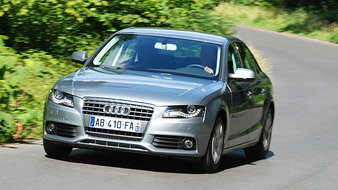 After it made the debut on the newest generation A8, eight-speed gearbox developed by specialists from ZF will go easy in the range of the Ingolstadt brand.

Some sources said that Audi is preparing to launch also on the other models in the range the eight-speed automatic transmission developed by ZF and present on A8 yet. In the first phase we are talking about the A4, A5 Coupe and A5 Convertible, but also the 2.0 TFSI Q5 compact SUV.

Obviously, the following models on the list are Q7 and A6, but Audi will probably wait of their future generations to equip them with the latest series automatic transmission developed by ZF. The automatic transmission with eight reports tend to become more common in the ranges that are part of VW Group brands, after it made its debut recently on the new generation Porsche Cayenne and VW Touareg.