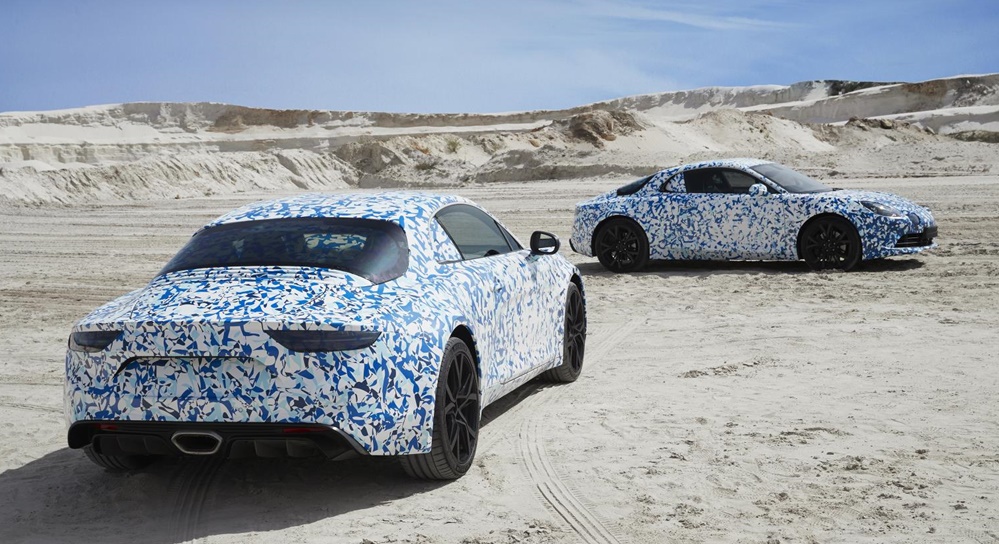 French manufacturer Alpine is back in the business with another outstanding car which is the recently caught on shots, the all-new Premiere Edition. The good news is that the model is now available in a pre-order form, the company launching 1,955 reservations for it.

Once arriving in dealerships, the Alpine Premiere Edition will have a starting price of 55,000 euro and can go up all the way to 65,000 euro in France, which is quite expensive I might add.

In order to be one of those 1,955 to get a reservation, than you will have to make a 2,000 euro deposit via a dedicated application, which also lets you choose between the available exterior colours – Blue Alpine (Blue), Noir Profond (Black) and Blanc Solaire (White).

The app works just like an online configuration, also allowing you to choose between the plethora of options available at your disposal. You can also get one of 1,955 plaques to fix it on the center console and much more.

But the best man entitled to describe the gorgeous Alpine Premiere Edition is no other than Michael van der Sande, Managing Director at Alpine, stating:

“Alpines made such a mark because of the elegance of their designs, their nimble handling and their memorable successes in world class motor racing and rallying. The interest that the announcement of Alpine’s return has generated across the globe inspired us to give sports car enthusiasts and Alpine fans early opportunity to reserve the new car. The Première Edition versions of the new model will be the first to come off the line and we wanted to allow Alpine fans to choose the number of their car.”

Unfortunately, not everybody will have the chance of enlisting to get the model in the pre-order phase, as the system is available only in countries like Germany, Japan, Luxemburg, the Netherlands, Portugal, Italy, Spain, the United Kingdom, Sweden and Switzerland.