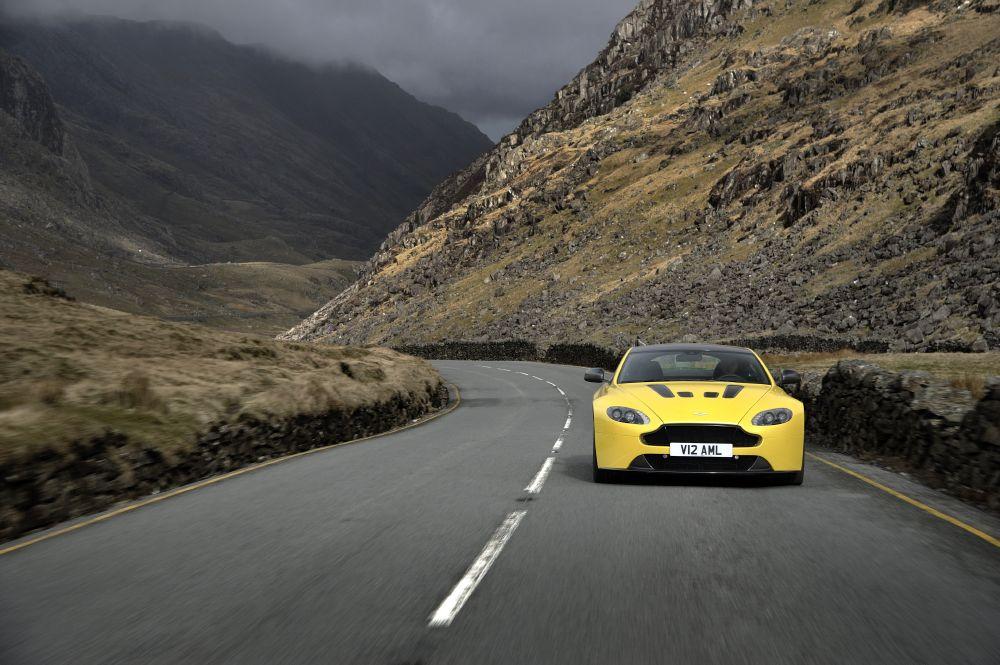 Thanks to a lightweight carbon fiber body, the new V12 Vantage S sprints from 0 to 100 km/h in about four seconds with a top speed of 330 km/h.

With such figures, this is the fastest production model ever built by Aston Martin.

New features include carbon-ceramic brakes from Brembo, new adaptive damping system by Bilstein but also a two-stage Dynamic Stability Control module. The total weight of the British model is 1,665 kilograms with carbon fiber vents, and a very light exhaust system to help obtaining this figure.

Interior features include leather upholstery, Alcantara trim, carbon fiber seats and revised stitching. The all-new Aston Martin V12 Vantage S is expected to go on sale towards the end of this year with prices info to be released soon.